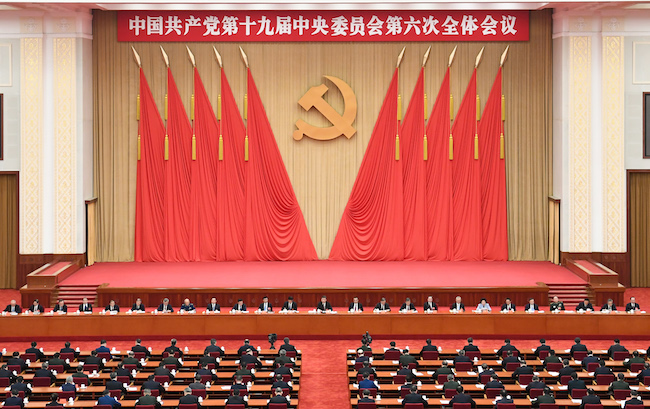 The sixth plenary session of the 19th Communist Party of China Central Committee is held in Beijing, capital of China, from Nov. 8 to 11, 2021. (Xinhua/Zhai Jianlan)

A high-profile meeting of the Communist Party of China (CPC) has adopted a landmark resolution on the major achievements and historical experience of the CPC’s 100 years of endeavors, according to a communique released on Thursday.

The session heard and discussed a work report Xi delivered on behalf of the Political Bureau of the CPC Central Committee. He also explained the draft of the resolution to the session.

The session also reviewed and passed a resolution on convening the 20th National Congress of the CPC in the second half of 2022 in Beijing.

(Read the full text of the communique)