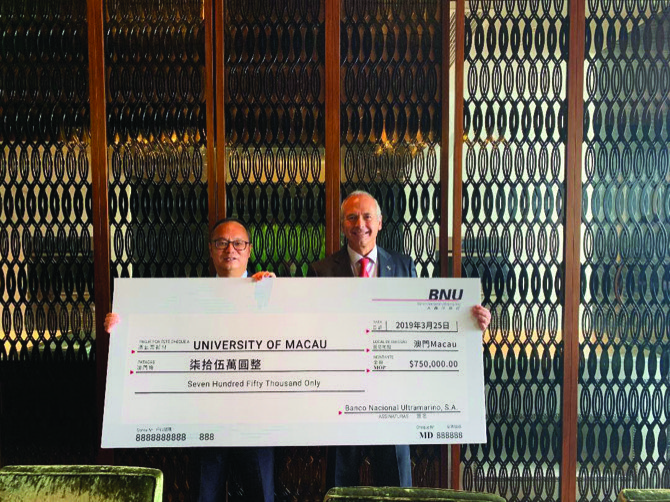 According to a press release issued by the bank, Professor Yonghua Song, rector of UM, and Carlos Álvares, CEO of BNU, officiated the cheque presentation ceremony.

The affinity card was launched in 2013, and the bank had already donated MOP4.5 million to UM, aiming to exemplify collaboration between the financial sector and a non-profit organization.