Located in the City of Dreams Crown Towers Macau, Michelin star restaurant The Tasting Room will be specially inviting a guest chef from the Michelin-starred restaurant Les Pyrenees in southern France on March 20-21 (Friday-Saturday). Chef Philippe Arrambide, together with The Tasting Room Executive Chef Guillaume Galliot, will together to present a series of French delicacies to the public.
The two-day, six-course dinner, in full Michelin star French authentic style, will include mussels and smoked salmon with green lentils with asparagus foam, crayfish with caviar cream with green apple and parsley, slow-cooked French lobster with saffron risotto and squid ink, French roast pigeon with bacon and green onions with beans and a special dessert.

Organized by the Zhongshan Foreign Affairs Bureau, supported by Delta Bridges, The Zhongshan European and American Business Forum will take place on Saturday 28th March 2015 at the Zhongshan Expo Center and the Dasin Convention Center Hotel.
Senior municipal government officials will attend the Forum, including Mr. Xue Xiaofeng, Party Secretary of Zhongshan, and Mr. Chen Liangxian, Zhongshan’s Mayor.
The objective is to connect international business and technology related service providers with the 300 local Zhongshan companies that will attend the Forum.
The Forum is part of a larger event, the Zhongshan Trade and Investment Fair, taking place at the same location and lasting from Saturday 28th March until Monday 30th March. 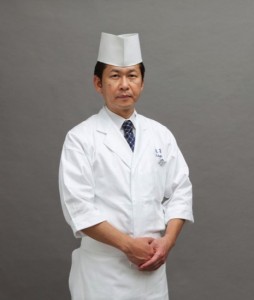 Kaiseki Ryori is a traditional Japanese haute cuisine. The term also refers to the collection of skills and techniques that allow the preparation of each course, and are reminiscent of haute cuisine.
Fumihiro Suguro, Director Chef of Shizuoka Hotel Century in Japan, is coming to Macau to collaborate with Chef Takenori Noguchi, Tenmasa’s Chef de Cuisine, bringing Japanese cuisine of utmost delicacy – Kaiseki Ryori for two nights only on March 19 and 20. Intricately tied to Japanese culinary philosophy, Kaiseki Ryori features the best ingredients of the season, prepared to highlight their distinctive flavors and textures.