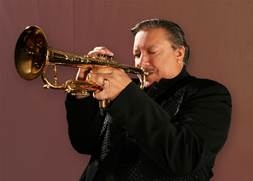 Arturo Sandoval, one of the world’s most celebrated jazz musicians, as well as a renowned classical artist, pianist and composer, is set to perform with his Arturo Sandoval Quintet Saturday, Aug. 30, 2014, at The Venetian Theatre, as part of the celebrations commemorating the 7th anniversary of The Venetian Macao. Tickets for the one-night-
only performance go on sale Friday, Aug. 1.
Sandoval has been seen by millions at acclaimed awards shows, including the Oscars, Grammies, and the Billboard Music Awards, performing with international stars such as Celine Dion, Justin Timberlake and Alicia Keys. The Cuban native is a 10-time Grammy Award-winner and 19-time nominee, and holds six Billboard Music Awards and an Emmy. His albums “Un Siglo de Pasión” and “Dear Diz (Every Day I Think Of You),” earned him the 2013 Latin Grammy for Best Traditional Tropical Album and the 2013 Grammy for Best Large Jazz Ensemble respectively.
Sandoval’s upcoming performance at The Venetian Macao is an opportunity to enjoy the talents of one of the masters of his art form. 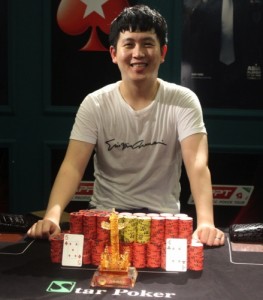 PokerStars.net sponsored the 2014 Beijing Millions that concluded this past Sunday and was won by China’s Chen Qin (秦辰).
The poker tournament was the Asia Pacific Poker Tour’s (APPT) first ever event in mainland China. It was held at the Beijing Star Poker Club from July 18-27 and the Main Event drew 2,732 entries.
The tournament field is the largest outside of America and also sets a new PokerStars record – surpassing the previous mark of 2,446 entries from the 2013 Brazilian Series of Poker.
“We always believed that this would be a successful event but this result greatly exceeded our wildest expectations”, said APPT President Danny McDonagh.
The 10-day poker festival was organized by the Beijing Sports Competitions Administration Centre, a division of the Beijing Municipal Bureau of Sports.
“It’s a great honor for PokerStars and the APPT team to be selected to support this tournament.” added McDonagh. “It’s been a historical week. Not just the record itself but how it may change the future landscape for poker in China.”
AoBoTe (Beijing AoBoTe Sports Culture-Transmitting Company Limited) principal Jian Yang said, “I’m so happy to run such a successful event in Beijing and have the support of APPT and the event organizers from the Beijing Sports and Administration Centre. APPT is a professional event management group capable of running major international poker tournaments and together we created a miracle with the Beijing Millions.”
“I hope the cooperation between APPT and Star Poker will strengthen and develop poker further in China.”