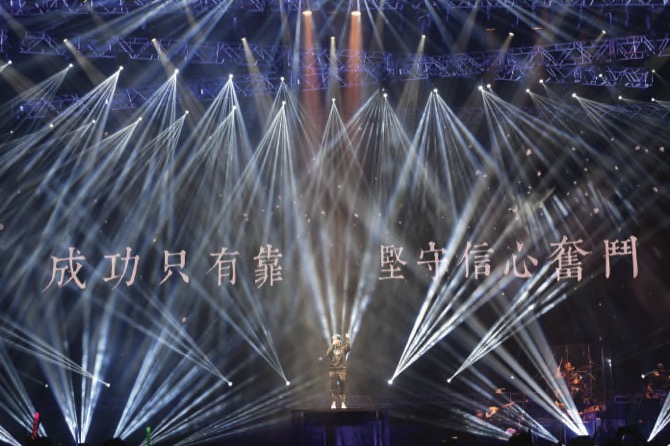 Hong Kong singer Daniel Chan kicked off his 2018 world tour at the Venetian Macao on Saturday.

The concert’s theme was “Planet XT”, inspired by the recent discovery of “Planet X” and Chan’s own initials, X.T.

The singer’s performances incorporated ideas of rebirth, love and joy, drawing on his experiences as a husband and a father.

According to a statement from the Venetian Macao, Chan worked hard on the musical arrangements, stage design and overall styling to offer strong visual elements for the audience to enjoy.

“I wanted to share the story and message behind each song to entertain and delight my fans, to demonstrate how I’ve developed as a man and a musician and show how grateful I am for everyone’s support and love throughout my career,” said Chan.

Chan was joined on stage by Hong Kong actress and singer Miriam Yeung. 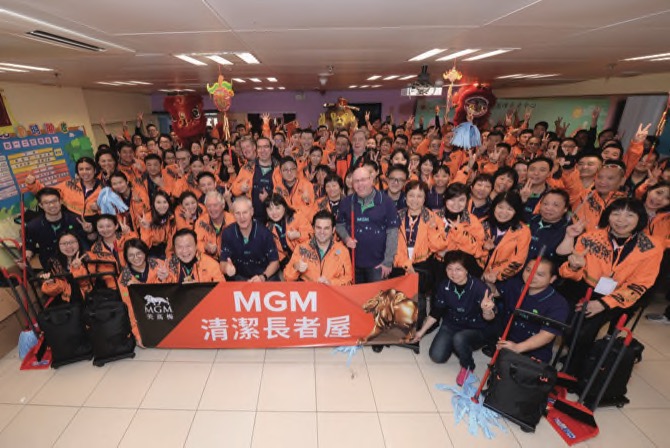 MGM held its annual “Spring Clean for Love” and “Haircut for Love” programs for more than 300 local senior citizens during the months of January and February.

The “Spring Clean for Love”, now in its seventh year, follows the Chinese tradition of spring cleaning before the New Year to symbolize new beginnings. MGM staff cleaned the homes of senior citizens aged between 60 and 90 years old who were members of the Centro de Dia Brilho da Vida, a local senior citizen service center operated by Caritas Macau.

The gaming operator said in a statement that it assisted more than 220 households at the Fai Chi Kei social housing unit to help senior citizens prepare their homes for the New Year.