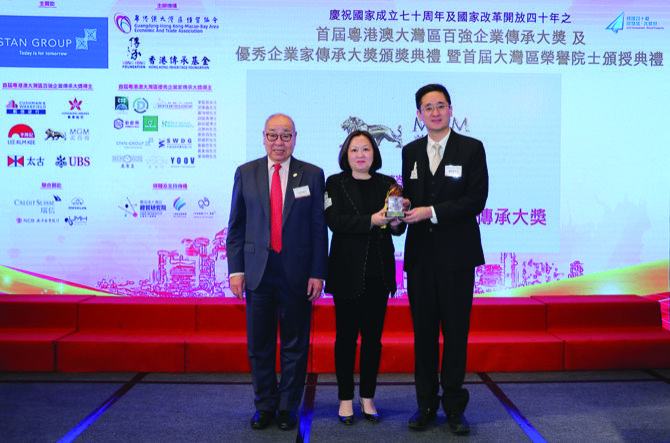 MGM is the only Macau enterprise to receive an award in the first Guangdong-Hong Kong-Macao-Bay Area Top 100 Enterprise Heritage Awards and Outstanding Entrepreneurship Awards Ceremony.

Held by the Guangdong- Hong Kong-Macau-Bay Area Economic and Trade Association, the local gaming operator was awarded alongside companies including the Swire Group and Lee Kum Kee.

The awards aimed to recognize outstanding enterprises that have demonstrated their commitment to shareholders, employees, guests, customers, communities, and environment.

Wendy Yu, senior vice president of Human Resources of MGM, said, “we are honored to be the only Macau enterprise to win this prestigious award at its inaugural edition. […] With deep roots in Macau and our development in Zhuhai, we will continue fostering talent exchange as well as creating opportunities in the Greater Bay Area.”

Kung Fu panda to hold premie at the Venetian

Scheduled to commence in late December, five-time Tony Award winner Susan Stroman will bring her legendary talents to one of the most successful animated films of all time, Kung Fu Panda, according to a statement.

“The production will be an exciting new experience for audiences of all ages – as it incorporates storytelling, state-of-the art projection mapping and video design, immersive aerial and acrobatics as well as extraordinary puppetry and martial arts,” said director and choreographer Stroman.

Stroman, who is an award- winning artist, has assembled a creative team including some of the acclaimed live entertainment artists around the globe.