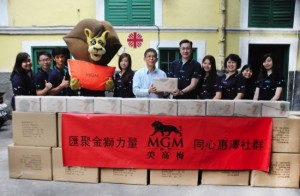 In addition to the annual “Spring Clean for the Elderly” program, as part of the “Delivering Warm Wishes” initiative, MGM Macau has specially designed and produced 1,200 sets of premium bedding items as gifts to the underprivileged.
As a way to celebrate the Chinese New Year, the Volunteer Team has always given out gifts to the community. This time around, MGM has tailor-made 1,200 set of bedding set items with microfiber material, as a giveaway to a number of organizations. Centro de Dia Brilho da Vida, Good Shepherd Centre, S. José Ká–Hó Children and Youth Home, Jardins Dom Versiglia Youth Home, as well as organizations and low-income families under Caritas Macau. The bedding giveaway is led by Mr. Nichols Cheung, Director of HR Partner & Employee Services and the volunteer team. Every set includes one flat sheet, duvet cover and two pillowcases. 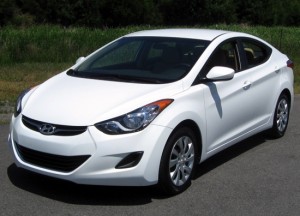 Hyundai is recalling about 263,000 cars in the U.S. and Canada because a sensor problem could cause drivers to lose power-assisted steering. The company has not reported any injuries or accidents. A representative for Hyundai Motor America wasn’t immediately available for comment.
The National Highway Traffic Safety Administration says a sensor in the affected cars could detect a discrepancy in the steering input and signals and disable power-assisted steering as a result. Cars would revert to manual steering and require greater effort to steer at low speeds, raising the risk of a crash.
Hyundai Motor America says it plans to notify owners and that dealers will fix the control unit of the electronic power steering at no cost.
The affected cars include model years 2008 to 2010 of Elantras made between June 1, 2008 and April 30, 2010 and Elantra Touring vehicles made between Nov. 1, 2008 and April 30. The recall includes nearly 205,000 cars in the U.S. and about another 58,000 in Canada.