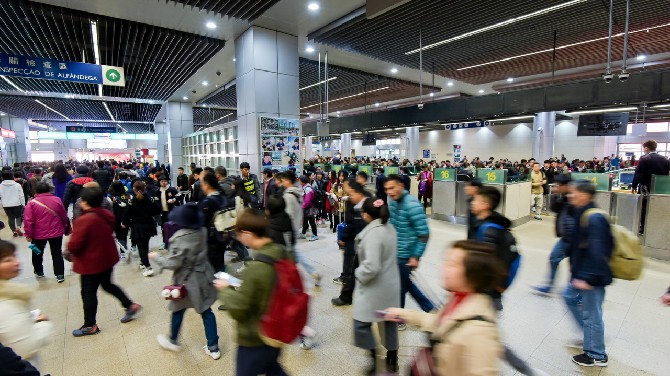 Chief Executive Ho Iat Seng issued an Executive Dispatch yesterday, announcing updates on the requirement for entrants to the departure area of any local border checkpoint.
Following Dispatch No. 144/2021, from midnight today, all entrants into border checkpoints are required to present a negative SARS-CoV-2 polymerase chain reaction (PCR) test result issued within the 24 preceding hours by an entity accredited by the local Health Bureau.
Public health doctor Leong Iek Hou, coordinator of the Center for Disease Control and Prevention, said at yesterday’s regular health press briefing that the new Executive Dispatch represents the government’s sense of responsibility in attempting to control the spread of the virus.
“We are trying to minimize the chance of leaking an undetected patient out of the city,” Leong told the press conference.
Meanwhile, all individuals from “extreme high risk” countries (Bangladesh, Brazil, Cambodia, India, Indonesia, Iran, Nepal, Pakistan, Philippines, Russia, South Africa, Sri Lanka, Tanzania, Turkey) must present three negative Covid-19 certificates in the last seven days prior to entering Macau. Said certificates must have at least 24 hours of interval between each sampling and the last must be carried out up to 48 hours before boarding.

Broadway now ‘Yellow Code’ hotel
Lau Fong Chi, chief of the Department of Communications and External Affairs of the Macao Government Tourism Office (MGTO), announced yesterday that the Broadway Macau will be used to house certain individuals with a yellow health code.
Considering that entrants from some areas will have a yellow health code after quarantine-upon-arrival, that they do not have homes in Macau and that they are not allowed to rent hotel accommodation, the MGTO has decided to use the hotel as a “yellow code hotel.”
Galaxy Entertainment Group, the owner and operator of the facility, will charge these guests MOP350 per night. Meals are not included in the charge.
The hotel will provide more than 200 rooms.
The Sky Tower of the Sheraton Grande Macao Hotel is now being used as a centralized quarantine facility. It will provide more than 2,000 rooms.