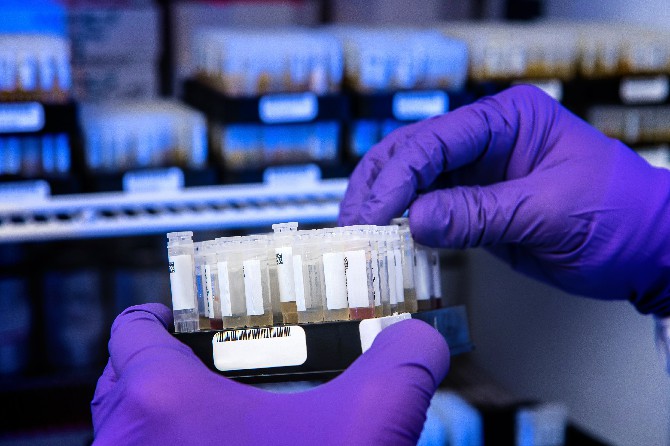 A sample in a batch of 10 has been tested “suspiciously positive,” neurosurgeon Tai Wa Hou, medical director of the public Conde de São Januário Hospital, announced at the press briefing. The 10 individuals whose samples were included in the batch have been transported to the public hospital for a re-test.
The individual who has been found mildly positive is a relapsing case. He had been diagnosed with the disease overseas, hospitalized and recovered, before arriving in Macau. Upon arrival, he was hospitalized again and was later released after his recovery.
The cycle threshold (Ct) value of the individual was found to be 40.5, which Tai stressed is “highly noncommunicable.”
He explained that the Ct value indicates the extent to which a sample is magnified in order to spot the virus or traces of it.
“Magnifying the sample 40 times before seeing the virus indicates that it is very harmless,” Tai said. “More importantly, only parts of the virus’s DNA pattern were found.”
Nonetheless, for safety reasons, the individual has been put into quarantine, he added.