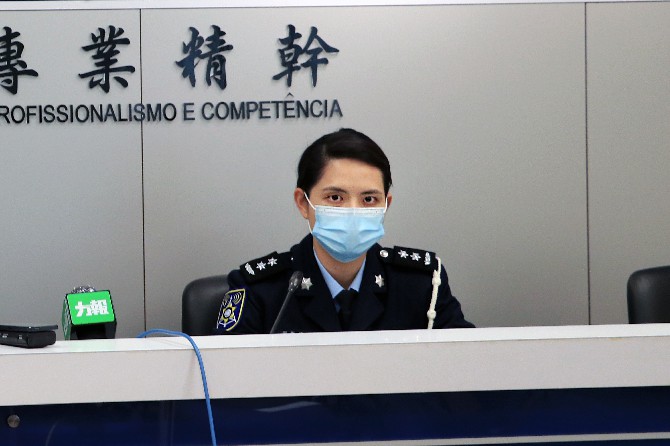 A 52-year-old non-resident worker from the mainland, who works as a gatekeeper and janitor in a public housing building in Macau, has been accused of sexually assaulting two women in the street. One of the victims is an underage high school student, the Public Security Police Force (PSP) revealed yesterday during the regular joint press conference of the police forces.
The cases occurred last Friday in just a few minutes apart, the PSP said citing the reports from the victims.
The first case occurred around 7:40 p.m. at Rua dos Currais, in the Northern district, when a teenager told her mother that some moments before, a man who had passed by them had indecently assaulted her. The girl said she was scared and did not inform her mother immediately so the man got away from her before she told her mother of the incident.
The second case was reported later by a woman in her 20s. She said that while walking at the Rua Marginal do Canal das Hortas, the same man also indecently assaulted her. She said that she shouted at him and chased him for some time along the street but he managed to get away.
Nevertheless, she was able to provide a photo of the man, who was dressed in all black, which she took while chasing him.
Following the reports, the PSP managed to find the man later that evening at a leisure area in Ilha Verde.
When questioned by the police, the suspect claimed that he was just walking along the street and had non-intentionally touched someone, claiming that the incident occurred by misfortune.
He also added that he had run from one of the victims because she was chasing him saying that she would file a complaint to the police against him and that he feared that.
The case has been transferred to the Public Prosecutions Office where the man will be charged with breaching Article 164-A of the Macau penal code.