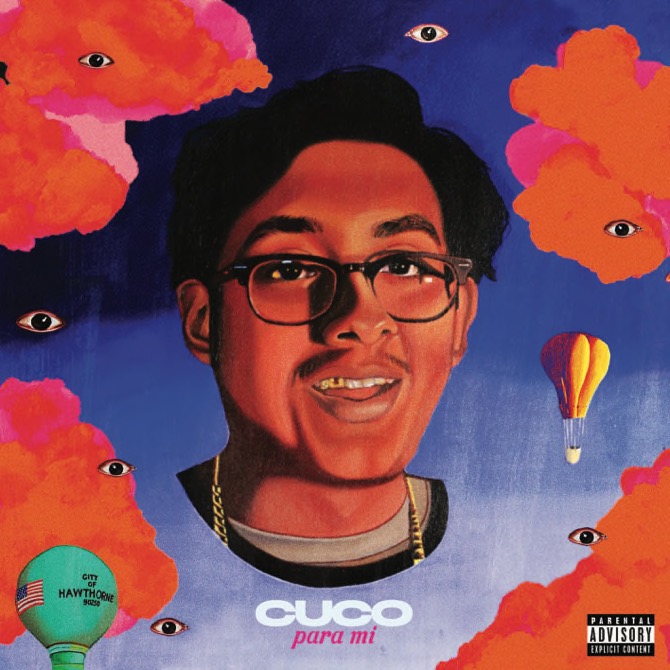 Love songs may be known for their traditionally jovial tone, but on Cuco’s full-length debut he gives his love ballads a darker tone. “Para Mi” has lighter moments and a chilled-out hip-hop vibe, but it is Cuco’s searing, often darker imagery that leaves an impression.

The 21-year-old Los Angeles artist Omar Banos, known by his stage name Cuco, has landed himself between indie pop and G-funk hip-hop with his lazy, relaxed and psychedelic album.

Even the drug references laced throughout never cheapen the record. “Keeping Tabs” is not only about keeping tabs on his current state of mind, but also “trippin’ off the tabs in my room,” as he confesses, “I don’t know why baby but I’m feeling blue.”

Darker imagery in “Far Away from Home” is cushioned with synthesizers, fuzzy electric guitar, angelic whirling and chimes that flutter in the background as Cuco sings, “I’m rotting in the image of my head.”

In “Ego Death in Thailand,” the music is spacey, ambient and sunny as his voice echoes, “Don’t look away look through my eyes/Every breath you take another part of me dies.”

The appropriately titled “Lovetripper” is a dream-like love song where he takes his time singing through the cycle of love. From an earnest beginning when “anyone can see the obvious with their own eyes/That you’re special, special to me” to “the aftermath of love and crying eyes,” Cuco’s voice is steady, guiding the journey.

“Para Mi” is a promising start for a rising artist. Ragan Clark, AP