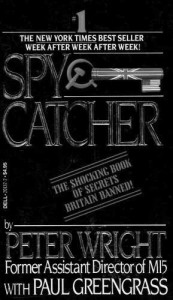 An Australian court has lifted the ban on the publication of Peter Wright’s autobiography, Spycatcher.
The ruling from the New South Wales judges also said the British Government should pay the legal costs of the former MI5 officer. The Crown’s case was rejected largely because the secrets contained in the book “are already out” – a reference to its publication in the United States. 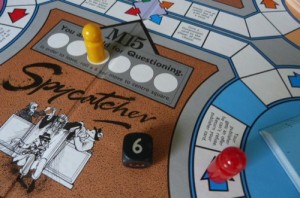 Within hours of the judgment Downing Street said it would appeal against the verdict and take the case to the highest court in Australia.
In doing so the government will face mounting costs and a possible action for damages from Mr Wright. British High Commissioner to Australia John Leahy said there was an important point of principle at stake and told reporters the former spy had an obligation to confidentiality.
But Mr Wright said there was nothing wrong with the book, which recounts his 20 years working in the UK’s secret service. “I’ve not done anything to hurt British interests at all – and let them prove otherwise,” he said.
MPs on all sides have questioned continuing the legal fight – which has so far cost at least £250,000 – against a book that has sold over half a million copies in the US and Canada.
Spycatcher can also be freely brought into the UK through customs. George Foulkes, the Labour MP for Carrick, Cumnock and Doon Valley, said Downing Street should not mount any further challenges. “It has been published and pursuing the action any further brings the government into ridicule and contempt,” he said.

The British Government’s appeal in the Australian high court failed in June 1988.
Four months later it also lost its fight to prevent Spycatcher being published in the UK. The long running legal battle is estimated to have cost £2m and succeeded only in being a source of embarrassment for the government and generating publicity for the book. Peter Wright died in Tasmania on 27 April 1995, aged 78.