This Day in History: 1998 UK imposes total ban on landmines 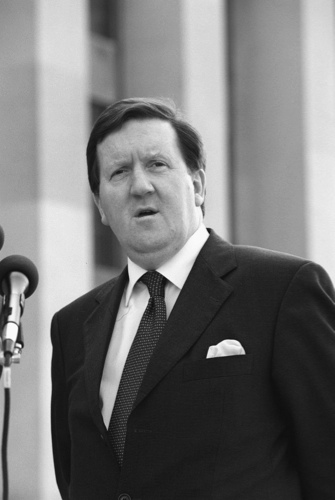 The British Government has announced a total ban on the use of landmines.
Parliament passed the Landmines Act last month – after public pressure to do so – but it still allowed British troops to deploy mines in “exceptional circumstances”.
This emergency power has now been withdrawn so that Britain can endorse an international treaty to prohibit the use of a weapon estimated to kill or maim 2,000 people, mainly civilians, a month.
The late Princess Diana championed the anti-landmine cause and the British Government’s latest stand – a month before the first anniversary of her death – has been welcomed by the British Red Cross and Mines Advisory Group (MAG).
But the director of MAG, Lou McGrath, has revealed a loophole in the legislation whereby British troops can still assist other troops in Nato to lay landmines.
Foreign Secretary Robin Cook responded to this criticism by saying it would “protect British troops from being criminalized by the action of American troops who may be taking part in the same operation.”
Over 100 countries agreed to the Ottawa Convention last December to prohibit the use of landmines but it needs 40 signatories to become international law.
So far 37 countries have signed and the UK hopes to bring to bear its influence against the US and Turkey – the only two members of Nato not to ratify the treaty.
Defence Secretary George Robertson said: “The most professional army in the world now has said that this is not a system that is morally correct or militarily useful.”
“There is a huge problem out there of countries who have still not signed. We must use Britain’s moral authority to make sure our position becomes the international standard,” he told BBC Radio 4’s Today programme.
UK troops last used mines when Tornado jets dropped them on Iraqi airfields during the Gulf War seven years ago.

By October 1999 Britain fulfilled a major treaty obligation and destroyed its stockpile of more than two million landmines.
By 2002 141 countries had signed up to the Ottawa convention, of which 125 had moved to full ratification.
But regional superpowers like the US, China and Russia had still not accepted the terms of the treaty by 2003.
Angola – with some 15 million uncleared mines – signed up to the Ottawa convention in July 2002.
In April 2006, the United Nations held the first landmine awareness day, marked in nearly 30 countries around the world, to draw attention to the progress being made towards eliminating mines.