Death toll rises to 25 from heavy rains in Henan 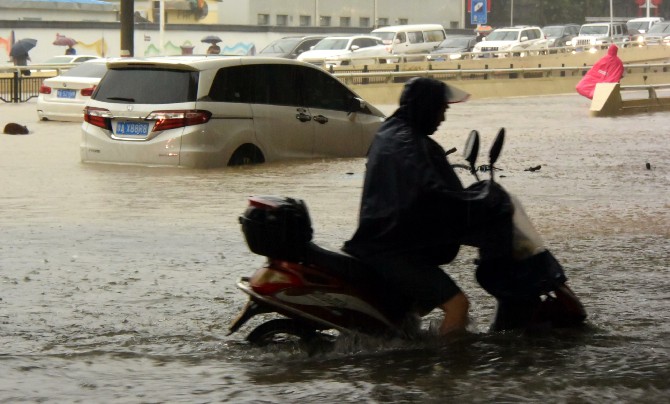 The death toll from torrential rains in central China’s Henan Province has risen to 25, with seven people missing, local authorities told a press briefing yesterday afternoon.
Since July 16, over 1.24 million people in 89 counties, cities and districts have been affected by the extremely heavy rainfall and about 164,710 people have been relocated to safe places, said Xu Zhong, director of the office of Henan provincial flood control and drought relief headquarters.
natural disaster has damaged 75,000 hectares of crops, resulting in a direct economic loss of about 542.3 million yuan (83.8 million U.S. dollars).
The downpours have forced water to exceed flood season marks in nine large reservoirs and 40 medium-sized ones in Henan. Several rivers were also flooded.
The rainstorms caused severe flooding in the provincial capital Zhengzhou, with subways ceasing operations, and railways, road and air transportation greatly affected.
Rescue efforts are continuing.
By 3 p.m. yesterday, the Central Theater Command of the People’s Liberation Army (PLA) had sent more than 5,700 soldiers, armed police troops and militias to help with rescue work in more than 30 dangerous sections in Henan localities, in addition to 148 vessels and vehicles.
The Central Theater Command also enhanced supervision in the disaster-hit province via equipment such as satellites.
The PLA air force also sent soldiers to help with disaster relief, with many soldiers enhancing embankments overnight in Henan.
The PLA provincial military command dispatched thousands of soldiers in the battle against the disasters.
More torrential rain is forecast to hit Henan by 2 p.m. today, according to Su Aifang, with the provincial meteorological observatory.
“As heavy rains continue, the risks of natural disasters are still high, and it is essential to prepare against flooding and geological disasters,” Su said. MDT/Xinhua