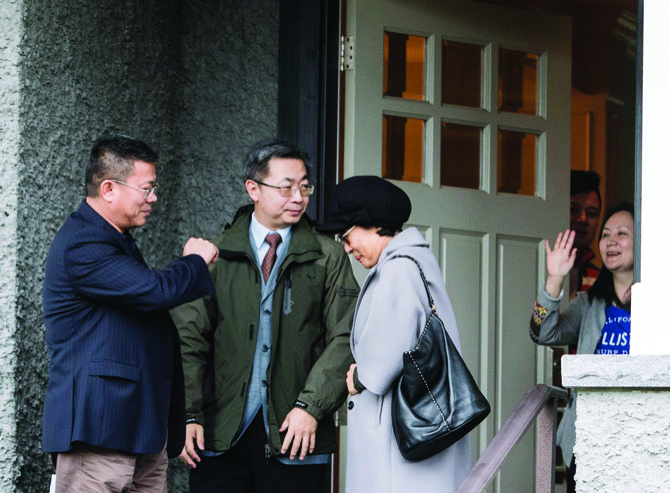 China confirmed yesterday it has detained two Canadian men, raising the stakes in a three-way dispute over a Chinese technology executive facing possible extradition from Canada to the United States.

Lu said Canada was informed but declined to say whether the men have been provided with lawyers. He said the cases are being handled separately by local bureaus of the national intelligence agency in Beijing, where Kovrig was picked up, and the northeastern city of Dandong, where Spavor lived.

“The legal rights of the two Canadians are being safeguarded,” Lu told reporters at a daily briefing.

The two cases ratchet up pressure on Canada, which is holding Meng Wanzhou, the chief financial officer of Huawei Technologies Ltd. She was arrested Dec. 1 at the request of the United States, which wants her extradited to face bank fraud charges.

Canadian officials have been unable to contact Spavor “since he let us know he was being questioned by Chinese authorities,” said Canadian Global Affairs spokesman Guillaume Berube. “We are working very hard to ascertain his whereabouts and we continue to raise this with the Chinese government.”

Acquaintances said Spavor was due Monday in Seoul, the South Korean capital, but failed to arrive.

The detentions echo that of another Canadian, Keven Garratt, who was picked up in 2014 in what was seen as retaliation for Canada’s arrest of a Chinese spying suspect wanted in the United States. Garratt was held for 750 days in 2014-16 and sentenced to eight years in prison on spying charges but then deported.

The broadly defined national security charge encompasses both traditional espionage and other forms of information gathering such as interviewing dissidents and contacting non-governmental organizations.

Meng was arrested while changing planes in Vancouver but has been released on bail.

The U.S. accuses Huawei of using a Hong Kong shell company to deceive banks and do business with Iran in violation of U.S. sanctions.

The editor-in-chief of the Global Times, a Communist Party-run tabloid known for its provocative views, warned in a video Wednesday night of “retaliatory measures” if Canada doesn’t free Meng.

“If Canada extradites Meng to the U.S., China’s revenge will be far worse than detaining a Canadian,” said Hu Xijin, speaking in English.

Canada has asked China for extra security at its embassy because of protests and anti-Canadian sentiment and has advised foreign service staff to take precautions, a senior Canadian official told reporters.

The United States and China have emphasized that trade talks are separate from Meng’s case, though President Donald Trump said Tuesday he would intervene if it would help produce a deal.

“If I think it’s good for what will be certainly the largest trade deal ever made — which is a very important thing — what’s good for national security — I would certainly intervene if I thought it was necessary,” Trump told Reuters in an interview.

The suggestion Meng could be a political pawn makes the situation more awkward for Canada.

Canadian Prime Minister Justin Trudeau bristled at Trump’s assertion, saying: “Regardless of what goes on in other countries, Canada is, and will always remain, a country of the rule of law.”

Foreign Minister Chrystia Freeland said it was “quite obvious” any foreign country requesting extradition should ensure “the process is not politicized.”

“Trump’s remarks could be interpreted as creating the appearance that the arrest also had political motivations,” said Gregory Yaeger of the Stroock law firm, a former Justice Department attorney.

“This could undermine the U.S.’s reputation as a country that follows the ‘rule of law,’ and could ultimately undermine both the Meng prosecution and the trade talks.”

Earlier this year, Trump drew fire for intervening on behalf of Huawei’s smaller Chinese rival, ZTE Corp., after the company was barred it from buying U.S. technology over exports to Iran and North Korea.

Trump restored access after ZTE agreed to pay a $1 billion fine, change its board and executives and install a team of U.S.-selected compliance managers.

Also yesterday, Ministry of Commerce spokesman said Chinese and U.S. officials were in “close contact” over the trade dispute but gave no timeline for possible face-to-face talks.

Asked whether a Chinese delegation would go to Washington, spokesman Gao Feng said, “China welcomes the U.S. side to come to China for consultations, and also is open to communicating with the United States.”

Biographical sketches of Kovrig and Spavor 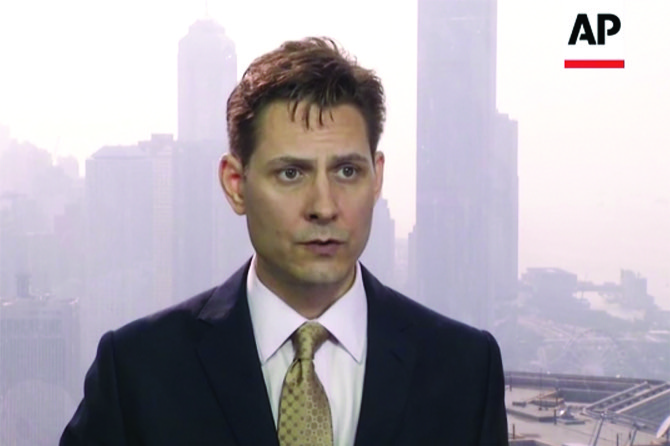 Two Canadian citizens were detained in China recently after Canada seized a Chinese business executive wanted by the U.S. over allegations of deceptive banking practices and breaking sanctions on Iran.

Below are profiles of the two men, one a diplomat on hiatus working for an international think tank, the other an entrepreneur and business consultant dealing with North Korea.

A Toronto native and resident of Hong Kong, Kovrig most recently was working as a senior adviser for northeast Asia at the International Crisis Group, a Brussels-based think tank on global affairs.

Kovrig went on leave without pay to take up his position nearly two years ago and no longer holds a diplomatic passport — or the immunity that bestows. Earlier, he worked as a Canadian diplomat in various roles, including in the consulate general in Hong Kong, where he helped arrange a visit by Prime Minister Justin Trudeau in 2016.

As first secretary and vice consul at the Canadian Embassy in Beijing from 2014 to 2016, Kovrig speaks Chinese and he traveled around China conducting field research on politics and government policies and meeting with contacts, including dissidents. Such work is common among diplomats and foreign journalists in China, but viewed with deep suspicion by China’s ruling Communist Party, raising the possibility Kovrig could be charged with espionage.

Kovrig is thought to be in his late 40s. He has been a frequent commentator on China affairs for the foreign media, including The Associated Press.

He is very capable and a “very smart guy,” who is extremely knowledgeable about China, a former Canadian ambassador to China, David Mulroney, told the Toronto Star.

Kovrig also worked for the United Nations Development Program after graduating from the University of Toronto and Columbia University. 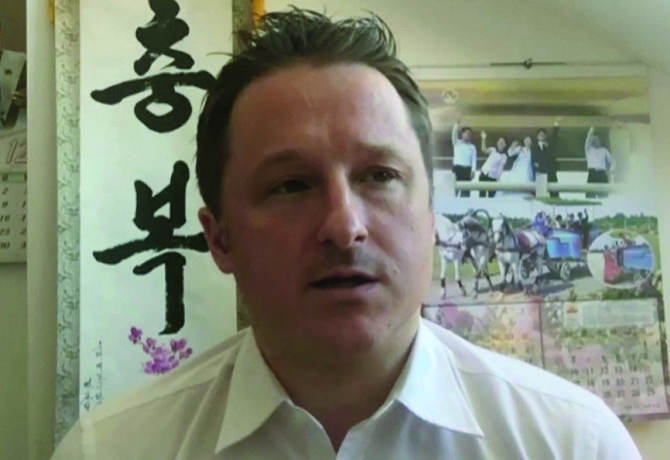 China-based Spavor is known for his contacts with high-ranking North Korean officials, including leader Kim Jong Un, with whom he has been photographed shaking hands and laughing.

He was also key to bringing NBA player Dennis Rodman to North Korea in 2013 in what was considered a significant, if somewhat quirky, step toward greater contact between the outside world’s contact and the young head of the hard-line communist regime.

The Communist Party newspaper People’s Daily said in its Twitter feed that Spavor was “suspected of engagement in activities that harm China’s national security,” and was “being investigated by the State Security Bureau of Dandong City” in northeast China’s Liaoning province. It cited local media reports.

It’s one of a few organizations promoting interactions with North Korea that have at times drawn criticism for avoiding criticism of the regime’s human rights abuses. The group’s Facebook page advertises a five-day trip to North Korea over the New Year, including a visit to the Demilitarized Zone and a hot springs resort.

A fluent Korean speaker with 16 years of experience working and studying in East Asia, Spavor was graduated from a university in his hometown of Calgary and studied North Korean affairs at South Korea’s Kangwon National University, according to his Facebook page. AP