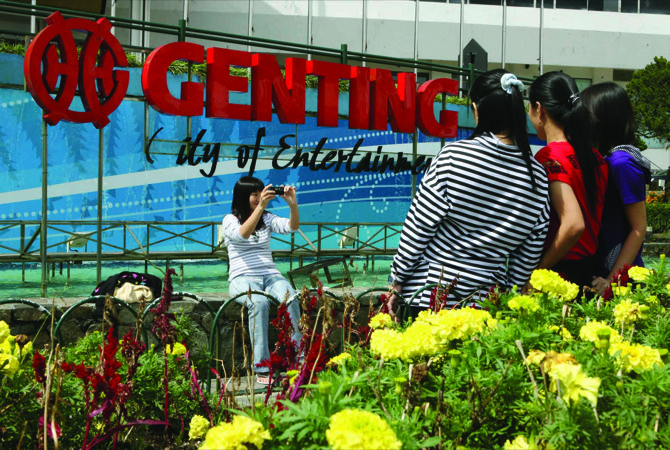 Walt Disney Co. and 21st Century Fox Inc. were sued by the owner of Malaysia’s only casino resort for pulling out of an agreement to sponsor a Fox World theme park outside Kuala Lumpur.

Genting Malaysia Bhd. seeks more than USD1 billion in damages, claiming Disney doesn’t want to be associated with its gambling business as the Hollywood giant moves to finalize its acquisition of 21st Century Fox’s entertainment assets. Genting Malaysia’s shares plunged to the lowest in eight years.

“Unlike Fox, which was perfectly happy to have the park situated a stone’s throw from the casinos of Resorts World Genting so long as it could continue to extract financial concessions,” Disney wanted no ties to a gambling company because of its “family-friendly” brand strategy, Genting said in a complaint filed Monday in federal court in Los Angeles.

Fox declined to comment on the lawsuit and representatives of Disney didn’t respond to a request for comment.

Genting Malaysia’s shares fell as much as 19 percent to 2.93 ringgit, the lowest level since August 2010. Its parent Genting Bhd. followed suit, losing 7.5 percent.

Fox World was to be a key attraction at Genting’s resort located about an hour’s drive from Kuala Lumpur. It was expected to help broaden the casino resort’s appeal to the nation’s 60 percent-Muslim population and achieve a target of 30 million annual visitors by 2020. Gambling is considered unethical and therefore forbidden under Islam.

Fox entered into a licensing agreement in 2013 with Genting for the development of what would be the first Fox-branded theme park in the world. Unlike Disney, which owns its parks in part or in whole, Genting would own and finance the park completely, with Fox getting a cut of the revenue from retail, food and beverages. Genting has invested $750 million in the park, which was due to open next year, according to the complaint.

Fox had been trying to renegotiate the agreement in various times over delays in the park’s completion and had sought to get a share of the gate revenue as well, according to Genting. Once Disney started calling the shots this year, the objective was no longer renegotiation but termination, Genting said. Edvard Pettersson, Christopher Palmeri, Bloomberg