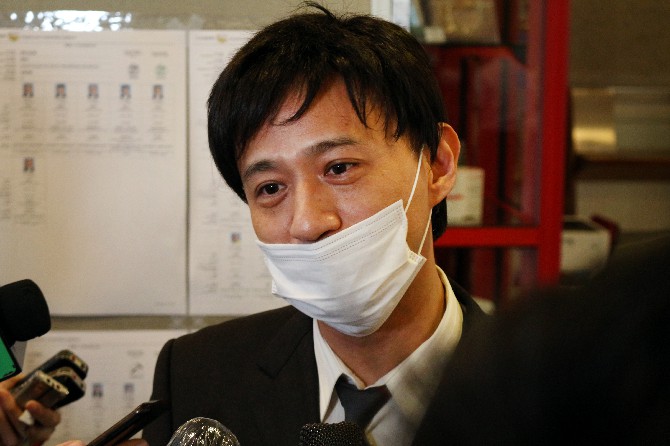 Lo Chun Seng, trustee of and the first candidate in Macau Victory’s candidate list for the upcoming Legislative Assembly Election, complained yesterday to the Legislative Assembly Electoral Affairs Commission (CAEAL) about an alleged “injustice” to his list.
He submitted a complaint letter at the CAEAL headquarters in the Public Administration Building yesterday.
The candidate is close to incumbent lawmaker Au Kam San and is reportedly a volunteer at Au’s office. According to a reliable source who requested to remain anonymous, Lo is a member of Au’s association, the New Energy for Community Development.
It was said that a candidate from the list had withdrawn from the election, citing objections from their family as the reason. Another candidate from this list, Lo said, was planning to withdraw as well. He claimed that he is part of the democratic camp but “with no ‘lethality’.”
Because of these withdrawals, Lo suspected there were external forces influencing them. “Is there any justice in this world?,” he asked.
He asked CAEAL yesterday morning if he could still continue with the list despite having fewer than four candidates but he did not receive an official answer. “So, I’m putting the matter under the sun to get the CAEAL’s attention,” he claimed. “If anyone else from my list plans to withdraw from the election, I’ll call the police.” AL