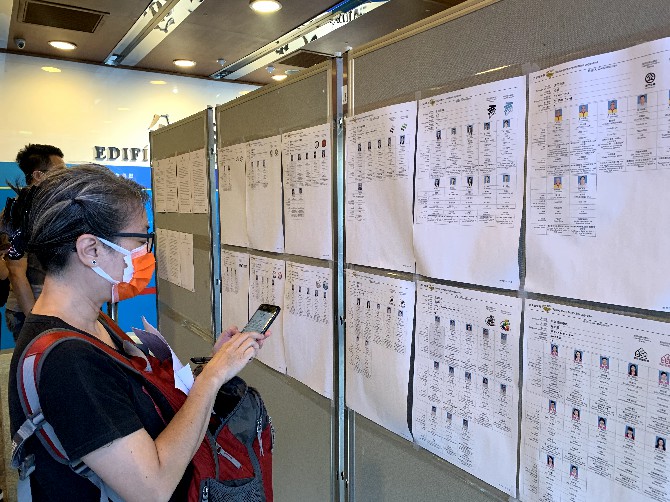 The Legislative Assembly’s Electoral Affairs Committee (CAEAL) updated the candidate lists for the 2021 elections yesterday. Five candidate lists were removed as the majority of candidates were disqualified.
At the Public Administration Building, it was shown that total of 20 candidates from six different lists were deemed ineligible.
All members of the Macau Democratic Prosperity Association, led by incumbent lawmaker António Ng Kuok Cheong and advocate Scott Chiang Meng Hin; the New Macau Progressives, which include incumbent lawmaker Sulu Sou Ka Hou; the New Macau Progressive Association, with former lawmaker Paul Chan Wai Chi taking the lead; and the Macau Justice, led by labor rights advocate Lei Sio Kuan, were disqualified.
CAEAL deemed these candidates to be in violation of the duty to be faithful to Macau.
Other disqualified candidates included Lo Chun Seng from Macau Victory and two candidates from the Gaming New Macao list, Cloee Chao and Lei Man Chao.
Two candidates from the Macao Righteousness list, labor rights activist Lee Sio Kuan and Kuok Nai Neng were also disqualified. However, the list was still allowed to run for the elections since it still included at least four eligible members.
CAEAL approved the remaining 138 candidates from 14 lists running for the direct elections. LV