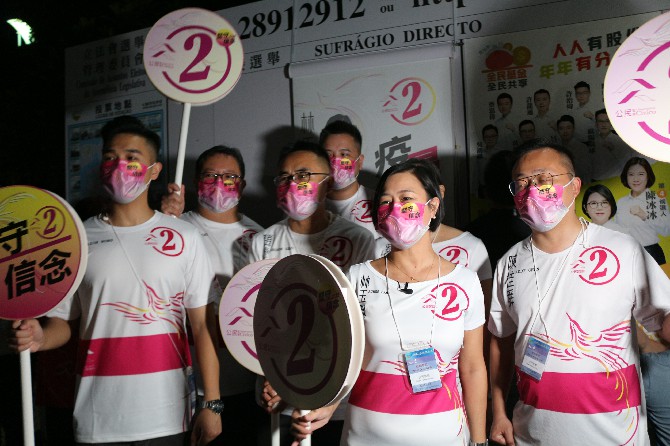 Former lawmaker and candidate for the Legislative Assembly elections Agnes Lam admitted that it was surprising to see a low number of votes for her list, Civil Watch, which won only 3,729 votes in the low turnout election.
“The [defeat] was not expected. I did not expect that the number would be small,” Lam told the Times.
However, she admitted that the low turnout on Sunday affected her team’s calculations as to whether they would secure at least one seat.
Lam said that her team had sent representatives to polling stations and noticed that most voters were senior citizens – and she said that she assumed that that demographic voted for the traditionalists.
“Our targets were the middle-aged and younger ones. Around mid-day, the turnout was very low, and I knew that if it was that low, I would not win a seat,” she said,
“My calculation was [that I needed] at least 45% voter turnout; that would be [the] bottom line. If it [were] over 55% I would be safe. All those traditional organizations were fixed, while mine was fluctuating,” she added.
According to Lam, during the two-week election campaign, the association focused on influencing the public to vote through different means, including leaflet distribution and going live on social media pages.
Lam was the only former lawmaker not reelected. On the night of the election day, she said in a statement that she “respects the election results and has no regrets.”
“In the past four years of [my] parliamentary career, my team and I have had the opportunity to serve the people of Macau on the frontline, to contribute to everyone, to deliberate bills in the AL and to serve every Macau resident who asks for help.”
Lam won a seat for the first time in the 2017 elections with 9,590 votes. She was seen as a centrist in the AL.
As leader of the Macao Civic Power association, Lam focused on prioritizing employment opportunities in her electoral platform, noting that the current employment rate has slumped due to the pandemic.
She previously said that the group has achieved results in areas such as securing livelihoods for ordinary people, urban infrastructure, cultural conservation, rights for the disadvantaged, and education.