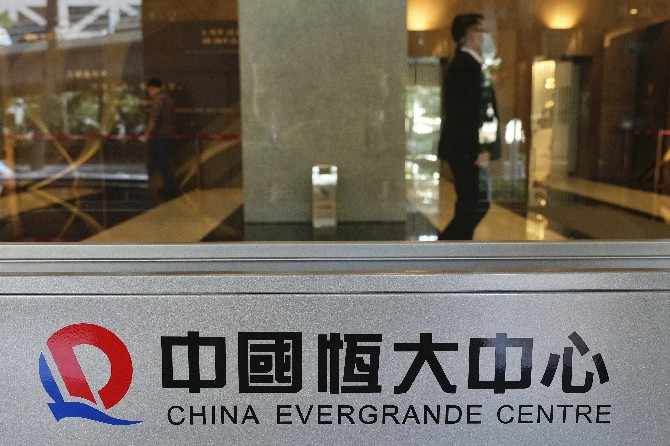 A major Chinese real estate developer whose struggle to avoid defaulting on billions of dollars of debt rattled financial markets says it has called off the sale of a $2.6 billion stake in a subsidiary and has made no progress in selling other assets.
China Evergrande Group’s planned sale of 50.1% of its property management unit to a rival, Hopson Development Holdings, was canceled because the buyer “had not met the prerequisite to make a general offer for shares,” Evergrande said late Wednesday in a statement through the Hong Kong stock exchange. It gave no other details.
Evergrande’s struggle to reduce its 2 trillion yuan ($310 billion) of debt to comply with curbs on borrowing by China’s real estate industry has prompted fears a default might trigger a financial crisis. The Chinese central bank has tried to allay those fears and said Friday the “risk of spillover” to the financial industry is controllable.
The ruling Communist Party is pressing companies to reduce debt levels it considers dangerously high.
In a separate announcement, Evergrande said except for the sale of shares in a Chinese bank, “there has been no material progress” in plans to shed other assets to “ease the liquidity issues” of the company.
Evergrande missed payments in late September and early October to investors in U.S. dollar-denominated bonds issued abroad. The company said a 30-day grace period to make those payments before it would be declared in default had yet to expire.
Economists say Beijing can prevent a credit crunch if Evergrande defaults on debts to Chinese banks and bondholders but wants to avoid appearing to arrange a bailout while it tries to force other companies to reduce reliance on debt.
If regulators get involved, they are likely to focus on protecting families that paid for apartments that are yet to be built, not banks and bondholders, economists say. That would cause bigger losses for banks, construction companies and small investors who own Evergrande debt.
Another real estate company, Fantasia Holdings Group, announced Oct. 5 it failed to make a $205.7 million payment due to bondholders.
Hundreds of smaller Chinese developers have gone bankrupt since regulators began tightening control over the industry’s finances in 2017.
The slowdown in construction helped to depress China’s economic growth an unexpectedly low 4.9% over a year earlier in the three months ending in September. Forecasters expect growth to decelerate further if the financing curbs stay in place. JOE McDONALD, BEIJING, MDT/AP