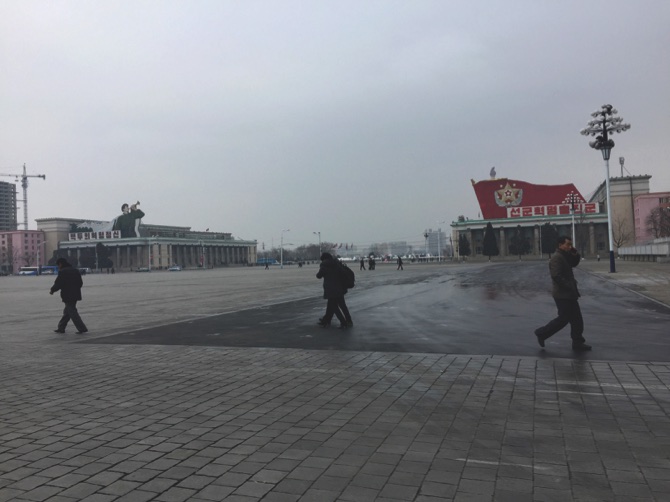 Unaware of reports his eldest son — and current leader Kim Jong Un’s half brother — was killed just days ago in what appears to have been a carefully planned assassination, North Koreans marked the birthday of late leader Kim Jong Il yesterday as they do every year, with dancing, special treats for children and reverential bows and bouquets of flowers before bronze statues.

There has been no mention of half brother Kim Jong Nam’s killing at the Kuala Lumpur airport in the North’s official media.

In fact, Kim Jong Nam, who is believed to have lived most of the past decade in a kind of exile away from the North, may as well have never existed as far as most North Koreans are concerned. Few have access to outside media sources and reports here are generally limited to the ruling line of Kims.

Other members of the family tree — especially problematic ones like Kim Jong Nam, who once suggested the North should do away with its hereditary succession — are rarely if ever mentioned.

On the surface, at least, normalcy was the word of the day.

In central Pyongyang, from early morning thousands of people climbed Mansu Hill to lay flowers and bow below giant statues of Kim Jong Il and Kim Il Sung. North Koreans are expected to make a show of respect to their leaders on all major holidays and anniversaries and authorities are ensuring that Kim Jong Il’s birthday is being celebrated in traditional fashion.

One aspect of that is the annual flower show featuring thousands of blossoms named Kimjongilia after the past leader. The Kimjongilia flower is a kind of begonia, originally bred by a Japanese botanist, according to North Korean authorities.

Apart from the rituals, it is also a public holiday. People can expect presents of cooking oil or other food and drink from their employers, and they get time off to spend with their families.

The finale of the day was to be a fireworks show. AP