Fears are growing among mainland Chinese living in Hong Kong 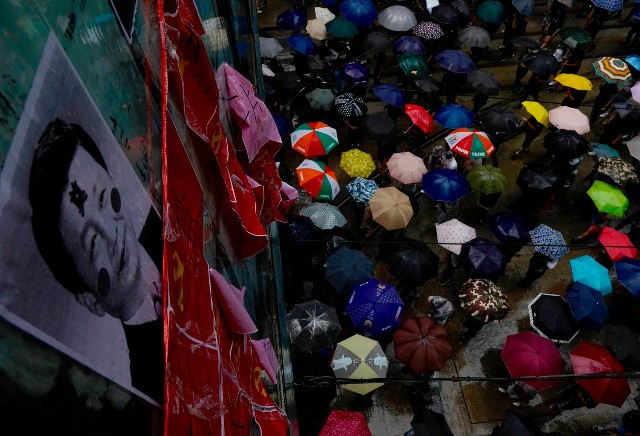 As Hong Kong’s historic protests become increasingly violent, mainland Chinese living in the city are becoming increasingly fearful.
Min, who moved to Hong Kong from the mainland in 1995 and now runs his own hedge fund, said the startling escalation in mayhem prompted him to tell his children not to speak Mandarin in public for fear they’ll get beaten up in the Cantonese-speaking city.
Before going out for dinner, Min checks his phone for news on which city streets are blocked due to mass marches or violent clashes. He stopped flying on the city’s flagship carrier, Cathay Pacific Airways Ltd., where some staff took part in protests and others were fired after investigations into depleted oxygen tanks. With battles between police and black-clad mobs becoming pervasive, Min said he’s considered moving his business to Shanghai and his family to Canada.
“They have no moral bottom line as to what they’ll do to achieve their goals,” Min, who asked that his full name not be used for fear of retribution, said of the protesters. “Fingers crossed, I believe the police can crush this.”
The strife ripping through Hong Kong – with police officers and protesters in hand-to-hand combat, subway stations set ablaze and an improvised explosive device detonated near a police car – looks very different to the city’s mainland-born residents. Since Hong Kong’s handover from the U.K. to China in 1997, professionals from the mainland flocked to the city, and they now make up more than 1 million among the population of about 7.5 million.
The protests began in opposition to a since-scrapped government bill allowing extraditions to mainland China and have expanded to include calls for greater democracy and an independent inquiry into police tactics. While the majority of protesters are peaceful, the demonstrations often feature a darker, anti-China tone. Some demonstrators have burned Chinese flags and spray-painted the phrases “Chinazi” and “Hong Kong is not China!” across the city. Others have attacked mainland Chinese.
This past weekend, gangs ransacked or destroyed Chinese bank branches and retail businesses, including an outlet for smartphone maker Xiaomi Corp. based in Beijing.
The tensions between mainlanders and locals also surface in daily office interactions.
“Employees are generally encouraged to not discuss this topic at work and to leave political opinions at home,” said Benjamin Quinlan, chief executive officer of financial-services consultancy Quinlan & Associates. Still, “you can’t segregate a private and corporate life so cleanly, and there will inevitably be opinions on politics that don’t gel among colleagues.”
When crowds surged into the streets recently, Yang, a 34-year-old finance professional from China, watched from above in one of the city’s gleaming skyscrapers.
TVs in the office – and desktop live-streams – were all tuned to the protests against Hong Kong Chief Executive Carrie Lam’s impending use of a colonial-era emergency powers law to ban face masks on demonstrators. Mobile phones buzzed with messages flowing across WeChat groups about looming protests and violence outside, including one alarming video of a Chinese banker from JPMorgan Chase & Co. getting punched in the head by a protester, and someone yelling: “Go back to the mainland!”
Yang, who asked to be identified only by one name, also is scared to speak Mandarin and has been regularly fleeing across the border to nearby Shenzhen to escape the violence. That Friday afternoon, she left early and dashed to meet her husband and daughter at the bus station, right before the city descended into its worst violence on the weekend of Oct. 5.
“As I rushed to the bus station to regroup with my family, I was so stressed – hearing my heart beating quickly and strongly,” she said, adding she bought the last three tickets for a bus that whisked them all to Shenzhen, which was celebrating 70 years of Communist rule with buildings and billboards decked out in red lights.
“When the bus crossed the bridge and was about to enter Shenzhen, we all saw the red neon at the other side of the river,” she said. “I felt suddenly relaxed.”
In the financial sector, the conflicts between those sympathetic to protesters and those aligned with Beijing can be seen in instances both subtle and dramatic.
Hao Hong, chief strategist at Bocom International Holdings Co. in Hong Kong, recently visited another company to meet with workers from mainland China, stepping into an office and speaking to them in Mandarin. Their local colleague quickly raised the volume on a nearby TV, overpowering the conversation with the sound of a show – in Cantonese.
“Sometimes people refuse to talk to you if you speak to them in Mandarin,” said Hong, who’s lived in the former British colony for eight years. “Everyone is touchy.”
In addition to not speaking Mandarin in public, other mainlanders said they have stopped using WeChat – the Tencent Holdings Ltd.-owned Chinese messaging service – in the open.
Some have started considering relocating back to the mainland, despite spending decades in the city, said one woman who works at a Chinese hedge fund and asked that she only be identified as Levy. Mainlanders with children in local schools are concerned they will be exposed to anti-government sentiment, she said.
“We are all in the financial industry,” Levy said. “If they can find good offers in Shanghai or Beijing, there is now a stronger incentive to move back.” Bei Hu, Alfred Cang & Alfred Liu, Bloomberg 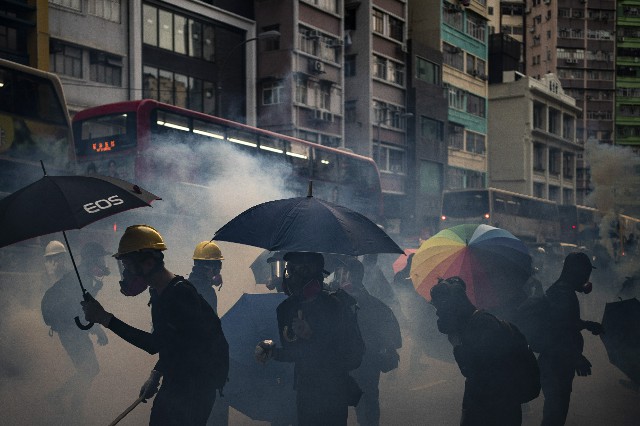 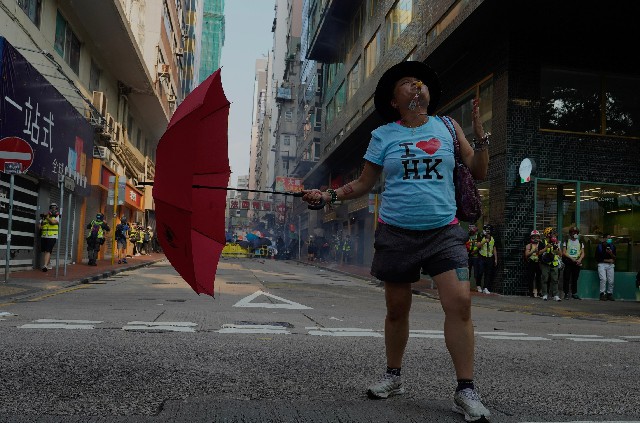 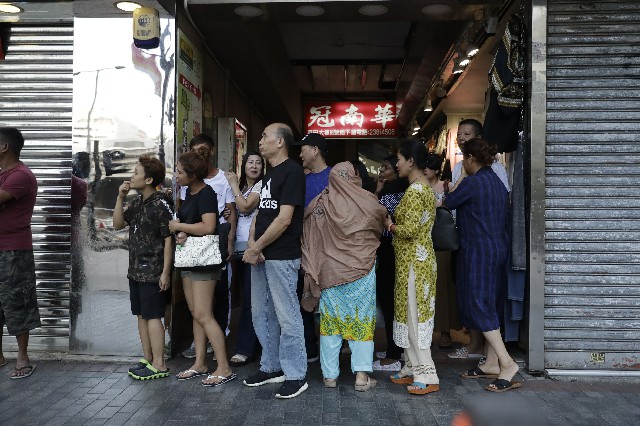