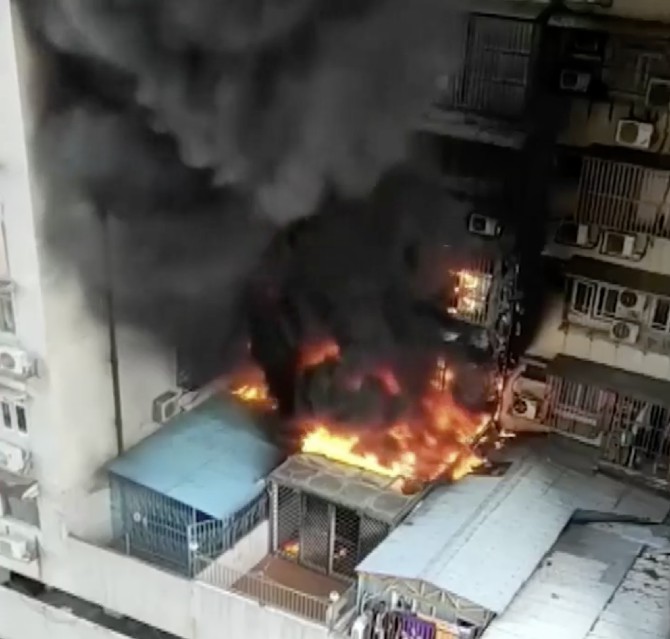 A fire has broken out on the third floor of a building near Patane, allegedly caused by burning joss sticks.
Six people suffered smoke inhalation from the fire, one of whom was sent to hospital. Dozens of people were evacuated from the building. The fire spread to the outer walls and air conditioners on the fourth to sixth floors, as well as the glass windows on the fourth and fifth floors. The fire department believes that the fire started due to burning joss sticks on the third floor of the building. LV