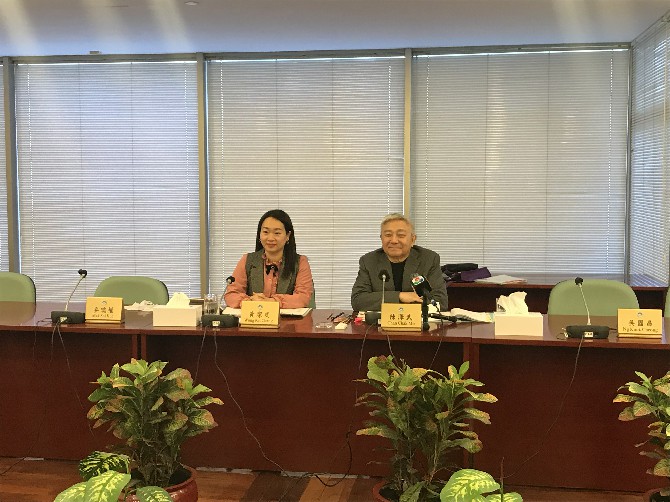 The city’s latest approved amendment of the fire safety law will give the government authority the power to confiscate forfeitable assets. Some members of the Second Standing Committee of the Legislative Assembly (AL) raised concerns over this specific change to the law during a meeting held yesterday.
The committee had its fourth meeting to discuss the law, reviewing it article-by-article.
The legislation imbues both the Land, Public Works and Transport Bureau (DSSOPT) and the Fire Services Bureau (CB) with the power to seize the belongings of members of the public under specific circumstances.
“For example, when there are items blocking [a] fire exit. The DSSOPT and CB will give five days to the building property management company to clean up the items otherwise [the two bureaus] are entitled to remove items, and the seized items will become the assets of the Macau SAR government and the government can sell the items at auction,” Chan Chak Mo, Chairman of the Second Standing Committee of the AL, explained.
According to the law, once assets are seized, either the DSSOPT or CB are entitled to confiscate, sell, destroy, or reuse forfeited property should the property be destructible or perishable. Property can only be seized if personnel from the DSSOPT or CB identify it as creating an obstacle for evacuation.
Representatives of the government explained the aforementioned provision, stating that the provision is coherent with the city’s trade law.
Aside from asset forfeiture, the government also clarified the overlapping jurisdiction between the DSSOPT and CB in handling fire safety cases, as the Second Standing Committee was specifically concerned about the matter.
Overall, the government wants the DSSOPT to handle illegal engineering works that prevent firefighters from fulfilling a mission, while cases that “are simple and which can be notified to the government through verbal methods” may be taken care of by either the DSSOPT or CB “immediately.”
“In regard to complicated cases, DSSOPT will log a record for the cases and CB will handle the cases,” said Chan.
During the previous meeting of committee, lawmakers discussed the article that says that a contractor responsible for drafting a fire safety plan, for providing the concerned fire system installation service, or for supervising the concerned project before the government issues an approval of utility to the building, is banned from participating in the inspection, testing and other maintenance of the same building after the utility approval is issued.
The law also prescribes that personnel from the DSSOPT and CB are entitled to enter most buildings and breach a location without a warrant issued by a court, or without issuing an advance notification to the concerned parties.