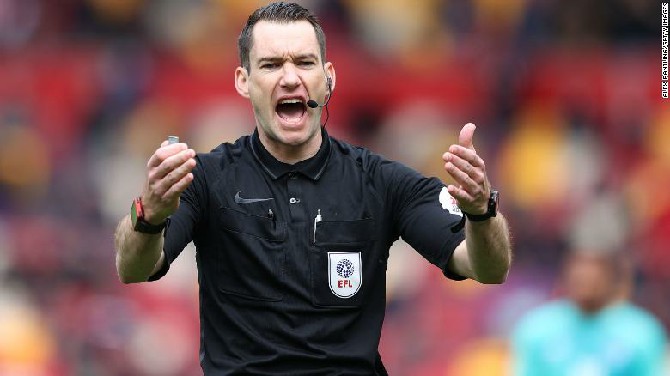 Australian referee Jarred Gillett will become the first overseas official to take charge of a game in the English Premier League on Saturday.
Gillett will referee the match between Watford and Newcastle, the league said yesterday [Macau time].
Gillett, 34, was promoted to the highest Select Group of referees by Professional Game Match Officials Limited (PGMOL) ahead of the current 2021/22 season in June.
He spent nine years in his native country officiating in the A-League, Australia’s highest professional men›s soccer league, before moving to England more than two years ago to referee in the EFL. Gillett has been officiating in English soccer’s lower leagues since April 2019.
He was promoted to a panel of Premier League referees ahead of this season and has already worked as a video assistant referee. MDT/AP