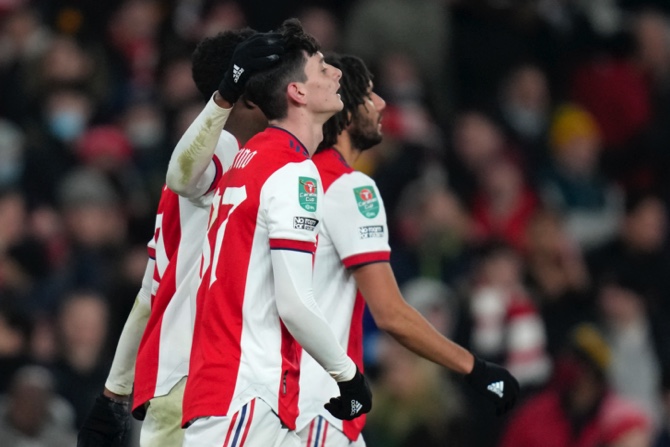 Premier League club Arsenal’s promotion of fan tokens broke advertising regulations and have been banned in Britain for taking advantage of consumers’ inexperience in cryptocurrencies.

The London team said fan tokens were used to encourage participation and were different to cryptocurrencies, which are virtual currencies used as a means of payment.

The Advertising Standards Authority said in an announcement yesterday the ads took advantage of consumers’ inexperience or credulity and trivialized investment in crypto assets, failed to illustrate the risk of the investment and did not make clear the “token” through the Socios company was a crypto asset, which could only be obtained by opening an account and exchanging with another cryptocurrency.

Token buyers can also make money in return by trading the digital assets at a price determined by the market’s supply and demand, and ultimately by the team’s performances and actions, so can fluctuate significantly.

Owners can sell and trade their tokens using Chiliz, one of the many cryptocurrencies based on blockchain technology.

Socios lists almost 50 partnerships with clubs, including Premier League champion Manchester City, Barcelona, Juventus and Paris Saint-Germain. The clubs and Socios tout the tokens as a means of giving fans a say in decision-making but that is often reduced to votes on which songs to play ahead of games rather than anything substantial.

Britain’s Financial Conduct Authority categorizes the tokens as crypto assets, a complex and sophisticated investment subject to frequent change in value and one that could potentially lead to large losses.

“We acknowledged that the ads did not promote the fan tokens as an investment or financial product,” the advertising watchdog, the ASA, said. “However, the product was a crypto asset regardless of how it was promoted and the ads did not contain any information that capital gains tax (CGT) could be payable on profits from investing in crypto assets. We therefore considered the potential tax implications were not made sufficiently clear to consumers considering investing in it.”

The club said it promoted the tokens responsibly by reminding fans they only needed one token to vote in decisions, and that they should only purchase what they could afford. It also urged buyers to seek independent financial advice if required.

“The ads trivialized investment in cryptoassets and took advantage of consumers’ inexperience or credulity by not making clear that CGT could be payable on profits from investing,” the ASA said. “We concluded the ads were irresponsible and breached the code.”

The Arsenal Supporters’ Trust has previously raised concerns about the Socios partnership. MDT/AP