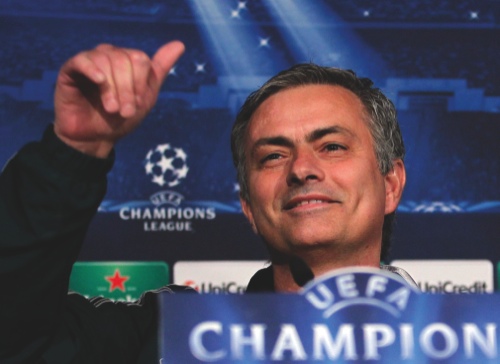 The return of the Premier League this weekend cannot come quickly enough for English fans still lamenting their national team’s worst-ever World Cup showing. With the league’s riches, global reach and non-stop drama, it remains England’s projection of footballing power.
But as the waning impact of English sides in Europe last season demonstrated, the Premier League’s allure remains under threat from Spain. Gareth Bale left Tottenham for Real Madrid last year, and the new season begins with Luis Suarez at Barcelona rather than Liverpool.
Liverpool cashed in around USD130 million for the Uruguay striker, who is banned from football until the end of October for biting an opponent at the World Cup in Brazil. But Liverpool is now without the player who led the club to a rapid return to the elite, and the Premier League marketing machine is without one of its most recognizable names.
Replenishing the Liverpool squad with a trio of players from eighth-place Southampton at a cost of $80 million doesn’t seem the obvious way of turning last season’s second-place finish behind Manchester City into a first championship since 1990. The 27-year-old Suarez, whose 31 goals earned him the player of the year titles, has been replaced by 32-year-old Southampton striker Rickie Lambert, who played just three minutes for England at the World Cup.
Manchester United seems more likely to make a big jump forward than Liverpool. Louis van Gaal has replaced David Moyes, who took over from Alex Ferguson as manager last season but wilted in the Old Trafford spotlight as the team fell from champions to seventh place.
Moyes arrived a year ago without a trophy to his name, but Van Gaal already has an aura of authority gained from years at Ajax, Barcelona and Bayern Munich. He also led the Netherlands to a third-place finish at the World Cup last month.
Van Gaal has set about repairing a squad he described as imbalanced and “broken” in a summer that has seen veteran defenders Patrice Evra, Rio Ferdinand and Nemanja Vidic leave and Ryan Giggs retire.
United spent about $90 million on signing Spanish midfielder Ander Herrera from Athletic Bilbao and teenager defender Luke Shaw from Southampton, which has seen an exodus of players to rival clubs and manager Mauricio Pochettino leave to take over at Tottenham.
Dithering in last summer’s transfer window contributed to United’s unexpected fall. The unwillingness of Arsenal manager Arsene Wenger to spend early in previous off-seasons has contributed to title challenges collapsing since 2004. Jolted by the failure to claim the trophy last season — finishing fourth after spending more time at the top than any rivals — Wenger seized the chance in July to take Chile striker Alexis Sanchez from Barcelona for $60 million.
It is a challenge Manchester City must also confront in trying to defend its second title in three years. By winning the Premier League and League Cup, City enjoyed its most successful season since 1970, but only sustained success will confirm the Abu Dhabi-bankrolled team as England’s new force.
Few managers have been as shrewd as Jose Mourinho over the summer. He has generated $115 million for Chelsea by offloading out-of favor defender David Luiz to Paris Saint-Germain and striker Romelu Lukaku to Everton. Raising cash to reinvest in the squad was vital after Mourinho ended his first season back at Stamford Bridge empty-handed, unable to replicate the glory years of 2004-07.
Midfielder Cesc Fabregas was enticed to join Chelsea from Barcelona rather than returning to Arsenal, striker Diego Costa and defender Filipe Luis were bought from Atletico Madrid, and 36-year-old Champions League winner Didier Drogba is making a crowd-pleasing return to the Blues. AP