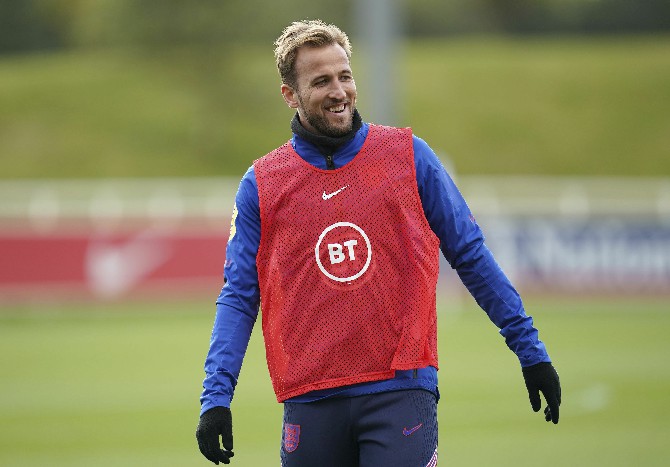 European countries resume their qualifying campaigns for the 2022 World Cup in Qatar this week. Here are some things to look out for:

Christian Eriksen’s future in soccer is still unknown following his collapse during a game for Denmark in the European Championship when suffering cardiac arrest. As Eriksen continues his recovery, his national team is coping extremely well without its star player. After reaching the Euro 2020 semifinals without the midfielder, Denmark is the only European team in World Cup qualifying to win its first six games. Beat Moldova away on Saturday then Austria at home on Tuesday in Group F and Denmark will most likely be the first country to qualify for the tournament in Qatar. Mikkel Damsgaard, while not a like-for-like replacement for Eriksen, has stepped up as Denmark’s most creative player in the absence of someone he calls his “role model.” In setting up Joakim Maehle for the second goal in the Danes’ 2-0 win over Scotland last month, Damsgaard took his goal involvement to nine in nine international games — scoring four and assisting five — and he added another assist in a 5-0 win over Israel that has taken Denmark to the brink of qualifying.

Without a goal for Tottenham in the Premier League this season, Harry Kane cannot stop scoring for England, particularly in qualifying for major competitions. Kane scored in each of England’s three games in Group I last month and has now netted in each of the last 15 World Cup or European Championship qualifiers he has played in, stretching back to September 2017. That streak has seen him close in on Wayne Rooney’s all-time scoring record for England of 53 goals. Kane has 41, putting him fifth on the list. England leads its group by four points and could qualify with wins over Andorra and Hungary, which visits Wembley Stadium a month after its fans racially abused England players in Budapest. Hungary will have to host Albania on Saturday in an empty stadium as a punishment.

Watch out for Karim Adeyemi as Germany takes on Romania on Friday and North Macedonia on Monday in Group J. The 19-year-old striker is making waves after scoring on his Germany debut against Armenia last month and grabbing two goals for Salzburg against French champion Lille in the Champions League. Adeyemi, a speedy player who can also be deployed out wide, is fast outgrowing the Austrian league with eight goals in 10 games this season and could be heading back to Germany soon. Bayern Munich, where Adeyemi spent time in the academy, is one option, along with Borussia Dortmund or Leipzig, which has a long history of signing young talents from its Red Bull sister club Salzburg. Germany isn’t rich with strikers at the moment and Adeyemi is competing with Timo Werner as well as Kai Havertz, Leroy Sane, Serge Gnabry — three players who mostly play wide or as a deeper-lying forward — for a place. Germany leads the group by four points. MDT/AP/Oddschecker