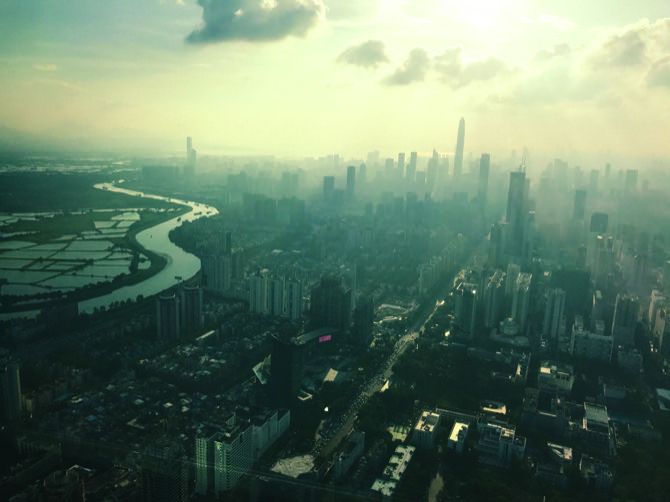 The former vice minister of the Foreign Trade Ministry of China, Long Yongtu, has said that many opinions have misinterpreted and misunderstood China’s recent proposal to make Shenzhen an example zone of a pilot area of socialism with Chinese characteristics as a move to replace Hong Kong with Shenzhen.

According to Long, the fact that the Chinese central government supports Shenzhen in becoming an example zone of a pilot area of socialism with Chinese characteristics is a great opportunity. However, Long emphasized that the idea China is trying to replace Hong Kong with Shenzhen and build Shenzhen into an innovation and financial center is a “total misinterpretation and misunderstanding.”

In a document issued on August 9 by the Central Committee of the Communist Party of China and the State Council, the government outlined goals for making Shenzhen a pilot area of socialism with Chinese characteristics.

The release of this document was interpreted by some media outlets as China’s warning to Hong Kong amid the ongoing protests in the city. These outlets suggest that the timing of the release was a signal from China that the central government was willing to siphon benefits away from Hong Kong and towards other municipalities in the Greater Bay Area, should the HKSAR continue to step out of line.

Long, who was the chief negotiator for China’s accession to the World Trade Organization, explained that Shenzhen was dependent on its relationship with Hong Kong.

“Shenzhen has what it has today precisely because Shenzhen has Hong Kong. It is still true up until today. Shenzhen can become the city with the most potential because it has a unique advantage – that of being next door to Hong Kong.”

“Shenzhen’s fate is closely attached to Hong Kong’s fate. Don’t think that there being some problems in Hong Kong is Shenzhen’s opportunity. This is an incorrect view,” said Long.

“I can reiterate that it’s impossible to sacrifice Hong Kong in exchange for Shenzhen’s development,” argued Long. “This is completely false logic.”

“Only when Hong Kong is better will Shenzhen be better. If there is a problem in Hong Kong, Shenzhen will inevitably be dragged down,” added Long.

In Long’s opinion, “whether Shenzhen can become a pioneering demonstration area as the central government expects depends, to a large extent, on whether Hong Kong can restore its stability and unity as soon as possible.” JZ