Formula 4: On the road to gp | The first step into the limelight 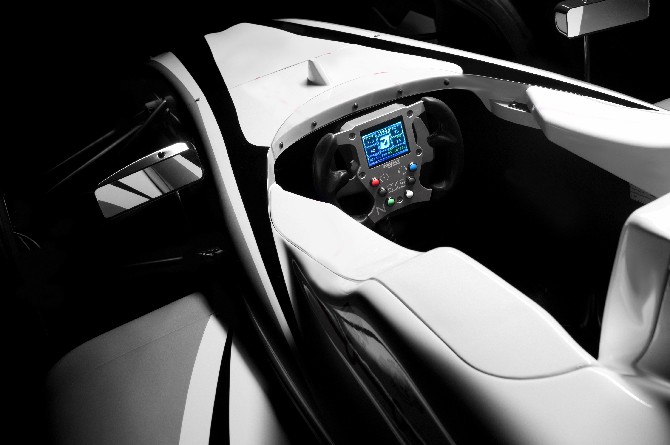 In a year where the Covid-19 pandemic has disrupted the lives of everyone no matter where they are located, turning traveling into an exhausting task or rendering it an impossibility, motorsports and other worldwide sporting events were forced to either cancel or adjust.
One of the most significant adjustments concerning the Macau Grand Prix was the replacement of the iconic Formula 3 (F3) race with a Formula 4 (F4) race.
Not as recognized as the other higher racing categories, such as F3, F2 and F1, the F4 and its representatives will have a golden opportunity to gather some attention during the local GP.
The Fédération Internationale de l’Automobile (FIA) Formula 4, also called the FIA F4, is an open-wheel racing car category intended for junior drivers that are starting out in the world of motorsports.
Unlike the higher racing categories, the F4 does not have a global championship, but has individual country or regional championships organized in compliance with a set of common rules and specifications sanctioned by the FIA.
As an entry level racing category, the F4 was created to cater to very young drivers looking for opportunities to move from racing in karting categories to formula cars. Most of the time, this is impossible due to the great difference in budget and skills needed to proceed to the F3 category.
The F4 category was officially created after the FIA’s World Motor Sport Council approved it in 2013. The first F4 championship organized a year later in Italy.
In its initial years, the F4 championships followed the single-make category format for both chassis and engines before the rules changed to allow different chassis manufacturers and engine suppliers.
Currently, there are three chassis manufacturers (Dome, Mygale, and Tattus) and five engine suppliers (Geely, Volkswagen, Tom’s, Ford, and Abarth) registered with the FIA for this category.
The F4 category authorizes several engine displacements, as long as they are four-cylinder units with their maximum power output capped at 160 brake horsepower (bhp).
Since FIA’s purpose was to keep participation costs as low as possible, the regulations include a lasting range of engines and most mechanical parts of at least 10,000km and a maximum cost of €9,500 (MOP90,000).
The cost of cars competing in this category should not be over €30,000 (MOP284,000) and the cost of a full racing season should not exceed €100,000 (MOP946,000).
Since its first championship in 2014, the F4 has gathered a lot of interest in many countries and regions. A total of 17 different championships have been held all over the globe.
Created in in 2015, the cars in the F4 China championship that will race in Macau, use chassis from French constructor Mygale, powered by a Chinese-made 2.0 litre Geely G-Power JLD-4G20 engine. 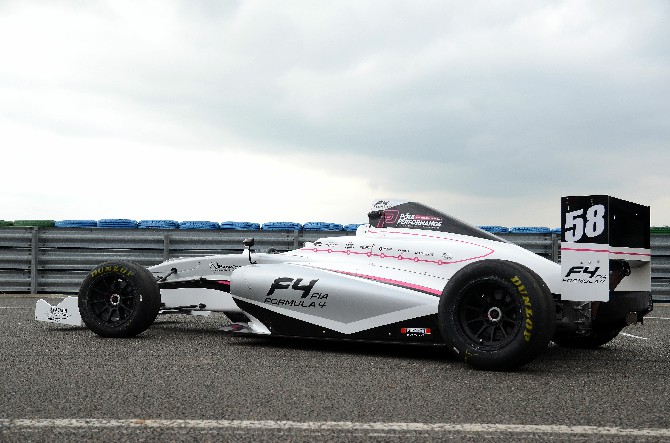 Macau may be the last run for F4 Gen1 cars
The debut of the F4 in the Macau GP will likely be the last run for first generation (Gen1) cars before they retire.
In March this year, FIA’s World Motor Sport Council (WMSC) discussed and approved the homologation of the second generation (Gen2) F4 cars which, among other technical changes, will include the same driver crash-protection system used in other open-wheel racing series. Known as “halo,” a protection bar is placed above the cockpit to protect the driver’s head.
According to the WMSC’s resolution, the Gen2 cars will be introduced as early as 2021.
The WMSC said in a statement, “All F4 championships are granted a transition period to use the current F4 car until the end of 2023, with the technical and homologation regulations for the first and second-generation F4 car remaining valid in parallel. This completes the introduction of the halo through the entire FIA Single Seater Pyramid.”
The introduction of the safety device was presented for the first time last year during the inaugural event of the FIA Motorsport Games.
At the time, a brand new version of the F4 car was presented to the public by Hong Kong-based racing team KCMG.
This new F4 also featured other significant changes, namely the move from a common petrol engine to a hybrid-drive power unit (similar to the one currently used in F1).
The KCMG car was powered by an Abarth 1.4 L turbocharged engine, capable of delivering 176 bhp. An extra 10% of electric power was added via a Magnetti Marelli hybrid Motor Generated Unit (MGU).
The MGU delivers an additional 12 kW of power by harvesting energy from a superconductor when heavily braking and can be deployed under acceleration.
According to the engineers that created and tested the system, it can deliver on average 3 to 4 km/h of additional speed each time it is used. 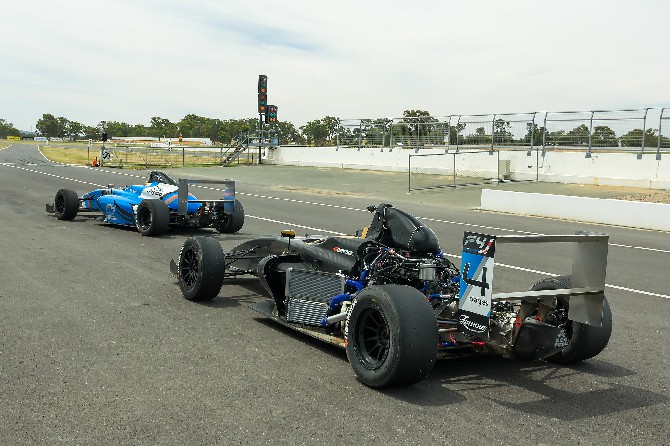