G-7 skirts the China question, yet need for answers grows 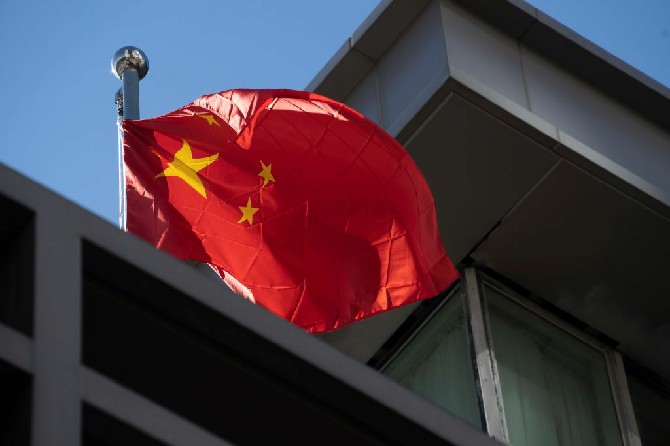 Leaders of the Group of Seven industrialized nations tiptoed around the issue of China during their first, virtual, gathering of 2021 and failed to disguise a growing sense that it’s a problem they will need to confront soon.
Joe Biden’s debut on the world stage as U.S. president showed further efforts to reset the transatlantic relationship and highlighted an increasing unease with Beijing’s behavior. European Union leaders didn’t always share those U.S. concerns during Donald Trump’s four years in the White House.
Leaders discussed China at length during the call, according to an EU official with knowledge of the conversation, but mention of the topic in the statement that followed offered little detail. The members pledged to “engage” with Beijing and, without singling out any country in particular, “consult with each other” to address any “non-market oriented policies and practices.”
The G-7 communique instead dwelt on a pledge to sustain government spending to help economies recover from the coronavirus pandemic, a promise to eliminate net carbon emissions by 2050, and their obvious relief at the return of multilateralism after the Trump era.
The rise of China and the increasingly authoritarian tilt of President Xi Jinping’s administration is the defining challenge for the industrialized, democratic nations who’ve seen no challenge to their hegemony since the decline of the Soviet Union a generation ago.
In speeches after the G-7 phone call, the leaders put flesh on the bones of their discussions, and here there was a sign that they may be able to forge a common response in the months ahead.
German Chancellor Angela Merkel’s remarks were stronger than has often been the case, as she highlighted what she saw as Beijing’s efforts to exploit the pandemic.
“China has gained a global punch in the past few years,” Merkel, who is due to step down later this year after 16 years in office, told the Munich Security Conference. “As a transatlantic union and as democracies of this world, we will have to counter that by concrete actions.”
The dilemma for Merkel and the rest of the G-7 is that China has become a significant trading partner and a manufacturer of some key technologies that they depend to sustain their growth. With their economies struggling to recover from the Covid-19 lockdowns, their leverage is limited.
Merkel’s stronger tone may in part be because she sees in Biden a partner who is more reliable and consistent than Trump, and one with whom she can build a common approach. It was an open secret in Berlin that Merkel had given up on trying to work with Biden’s predecessor.
The new president’s own rhetoric indicated there will be little softening in U.S policy on China.
“We have to push back against the Chinese government’s economic abuses and coercion that undercut the foundations of the international economic system,” Biden said. “The competition with China is going to be stiff. That’s what I expect. And that’s what I welcome.”
Another G-7 official said discussions around China shouldn’t be characterized as divided as a rift between the U.S. and the U.K. on one side and the EU on the other.

‘We’re Still Reflecting’
In preparatory meetings before the call, differences between the member countries over how to deal with China were apparent, with European members keen to avoid the forum becoming an anti-China front. At a meeting of advisers earlier this month, the U.S. delegate outlined the need to act firmly and with determination toward Beijing.
Leaders are set to meet in person in Cornwall, southwest England, in June, by which time life beyond Covid-19 may be coming into view and they may be ready to sketch out a common strategy for dealing with Beijing. But it’s still far from straightforward.
“We talked about China, we talked about this issue. We talked about the need to be coordinated in our way forward,” Canadian Prime Minister Justin Trudeau told a news conference. “We’re still reflecting very carefully on the best path.” Ian Wishart, Alberto Nardelli & Arne Delfs, Bloomberg