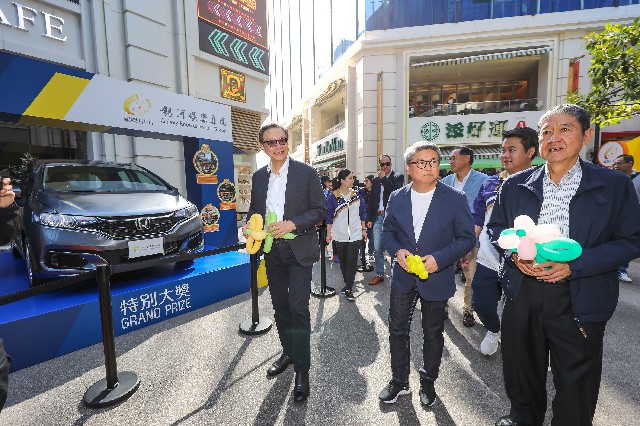 Galaxy Entertainment Group held the opening ceremony yesterday for the 2019 Galaxy Entertainment Macao International Marathon Carnival at Broadway Food Street, Broadway Macau.
Through marathon-themed game booths, delicacies and singing and dance performances, the seven-day carnival (open now until November 30) will allow runners from around the world, residents and travelers to have a glimpse into Macau’s annual marathon.
With the carnival incorporating an array of elements, from sports and gastronomy to entertainment, GEG invited runners and social media influencers to share their experiences of preparation for the Macao International Marathon at the opening ceremony.
Additionally, there were face painting and interactive singing and dance performances, which attracted the participation of many families and created a jovial atmosphere.
The opening ceremony of the carnival was officiated by a number of honorable guests, including Pun Weng Kun, President of the Sports Bureau, Ma Iao Hang, Chairman of the General Association of Athletics of Macau, and Francis Lui, Vice Chairman of GEG.