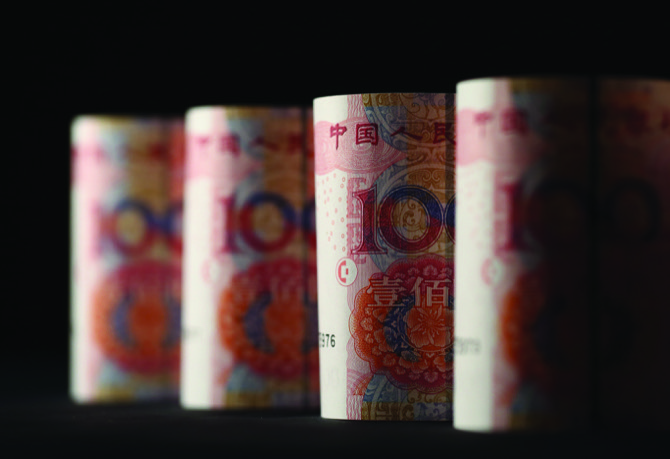 China’s policy makers will likely allow the yuan to hit the key level of 7 per dollar within the next six months without conducting heavy intervention, according to Goldman Sachs Group Inc.

While the authorities may guide sentiment by issuing stronger fixings, they won’t likely sell the dollar heavily to defend the currency as they did in the aftermath of a shock devaluation three years ago, according to MK Tang, a senior China economist at Goldman in Hong Kong. That is because the conditions for the yuan to hit 7 are “more mature” than in the past as capital outflows remain contained, he added.

“We see good economic reasons arguing for a weaker yuan, especially in the coming months,” Tang said. “It’s only a matter of time for the yuan to hit 7.”

The yuan has come under intense pressure to fall as China became embroiled in a trade war with the U.S. and loosened its monetary policy to bolster a slowing economy. The currency touched its weakest level in more than a decade this week, spurring debate on when and whether it could slide to 7 for the first time since the global financial crisis.

Another reason policy makers are likely to be averse to outright intervention is the yuan is more liberalized than in the past, Tang said, and such tools will only be used moderately in the future. Chinese officials have been working to make the yuan more market-driven as they seek to attract more foreign investors onshore and promote the currency’s global use.

How far the yuan can slide may depend on how much weakness the PBOC is willing to tolerate. In early 2017 when the currency was close to the current level, the authorities engineered a cash squeeze in the offshore market to punish bears. The latest sign of officials’ uneasiness came on Wednesday, when Hong Kong’s government said the Chinese central bank will issue bills in the city for the first time ever – a move that would drain liquidity and support the yuan.

Signs of rising fund outflows are emerging as official data suggest that Chinese investors’ demand for foreign-exchange surged the most in nearly two years in September. Still, the level is only a fraction of the capital flight seen after the 2015 yuan devaluation. The government has had capital controls in place since then – limiting banks’ cross-border transfers and making it less convenient for households in China to buy the dollar – to stem fund exodus. MDT/Bloomberg