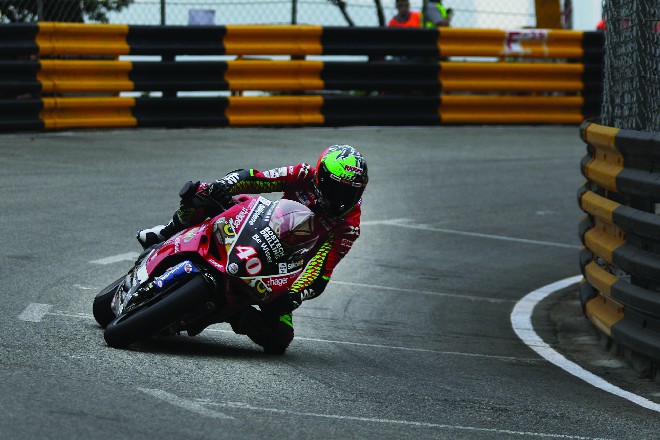 This year’s Macau Grand Prix may see far lower numbers of racers compared with the organizer’s previous estimates, the Sports Bureau (ID) admitted yesterday.
Represented by Vice Director Christine Lam at the government’s weekly Covid-19 press briefing, the ID officially spoke up on this year’s Grand Prix.
The Times reported in mid-
September that many racers repeatedly hinted that they might not come to the races because of the quarantine requirement.
Racers will need to arrive in Macau at least two weeks ahead of the Grand Prix to undergo mandatory quarantine-on-arrival. The bill for the quarantines, according to information released by the government so far, will be settled by the respective racers.
It is possible that racers have become discouraged by these two factors combined.
Lam admitted that the Organizing Committee of the Macau Grand Prix has received notes from teams and racers who had previously expressed their willingness to come, stating that they have changed their minds or needed more time to make up their minds.
“Judging from latest data, we believe that the number of overseas racers may differ significantly from our previous estimates,” Lam disclosed.
On the other hand, the official hinted the motorbike races would most likely be the epicenter as all racers are from overseas. She even hinted the races may face potential cancellation. The comments echo an earlier report by the Times.
“We are seeing how many racers will likely be participating in the motorbike races,” Lam disclosed. “It should be clear at a later date if the motorbike races can be held.”
With that said, several media outlets have predicted that this year’s races would see low numbers of racers. Last month, the ID attempted to mentally prepare members of the public that this year may see a Greater Bay Area-
focused Grand Prix.
The necessity of going ahead with the races this year has also prompted public debate. With participants to the official National Day Celebrations required to take a Covid-19 test as part of the prerequisites of attendance, the public has been curious about the insistence of the government to go ahead with this year’s car races.
Lam recapped the explanation given by other government officials previously, which mainly stressed the Grand Prix being an important event to Macau. “The Grand Prix is not only a car-racing event, but also a phenomenal event that invigorates tourism, economy, as well as culture and innovation,” she reiterated.
She added that the Organizing Committee is striving to confirm this year’s arrangements by mid-October.
Meanwhile, in his opening speech, medical director of the public Conde de São Januário Hospital, Dr Alvis Lo, said “in response to public worries” that incoming foreign racers will not present an additional risk to or burden on Macau’s epidemic control and prevention measures.
Similar to many other daily activities, special health measures will be in place during the four-day Macau Grand Prix, including the addition of “extra medical stations at the race track to rapidly handle any possible medical situation.”
Entry to the spectator area or the racetrack will be identical to that of government offices and hotels. When spectators enter the race venue, they will need to show their Green Macau Health Code, in addition to having their body temperature measured. They will not be allowed in if they show signs of elevated body temperature.
Moreover, each spectator will be required to keep a certain distance apart and wear a facemask properly throughout the event.
Lo assures the public that all government bureaus are in close contact for the Grand Prix.
The Novel Coronavirus Response and Coordination Center informed yesterday that the press briefing will be held every Monday from this week, as opposed to the current arrangement of twice per week.