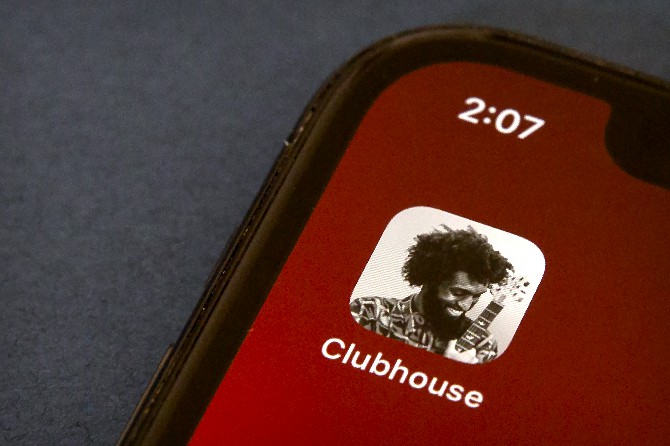 Chinese authorities are blocking access to Clubhouse, a social media app that allowed users in China to discuss sensitive topics with people abroad including Taiwan and treatment of the country’s Muslim minority.
The move adds Clubhouse to thousands of websites and social media apps to which the ruling Communist Party blocks access to try to control what China’s public sees and reads.
Service to users in China was interrupted at about 7 p.m. Monday in Beijing, according to GreatFire.org, a nonprofit group in the United States that monitors Chinese internet filtering and tries to help users circumvent it.
President Xi Jinping’s government refuses to acknowledge the existence of its internet filters, but researchers abroad trace blockages to servers within state-owned China Telecom Ltd. through which internet traffic into and out of China is required to pass.
Xi’s government promotes what it calls “internet sovereignty,” or the right of political leaders to limit what their publics see online.
Clubhouse temporarily gave Chinese users an uncensored forum to talk about politically sensitive issues. Unlike many other social media apps, it uses oral conversation, which allowed users in China to talk directly to people in Taiwan, the self-ruled island claimed by the Communist Party as part of its territory, and others abroad.
Topics for recent discussions included Xinjiang region in China’s northwest, where the Communist Party has interned more than 1 million ethnic Muslims.
The service requires users to be invited to join and to give their names and phone numbers. That prompted warnings Chinese users might face official retaliation. It is unclear if anyone in China has been punished for using the service.
The ruling party also blocks access to Facebook, Twitter and other global social media services and thousands of websites run by news organizations and human rights, Tibet, pro-democracy and other activists. AP