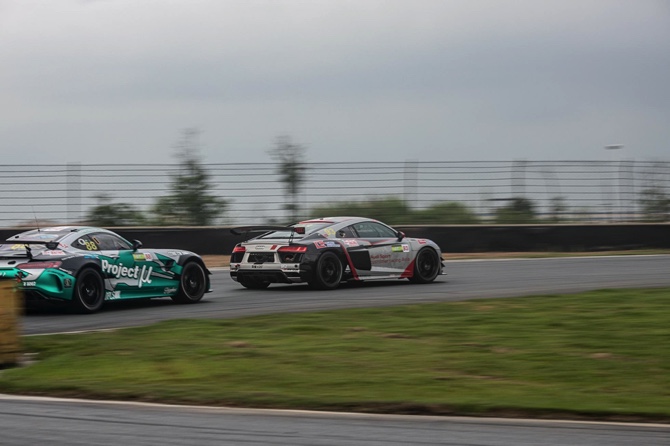 Following the central government’s policies to create an integrated area within China’s southeastern cities and regions, which include nine mainland cities and the two special regions of Macau and Hong Kong collectively known as the Greater Bay Area (GBA), the former “Chinese Racing Cup,” which started in 2015, underwent a transformation in order to cater to the new policies.

Debuting as the GBA Lotus Cup last year, this year’s event was the first in which cars would compete for the racing trophy under GT4 specifications, which also allow multiple manufacturers to be involved.

In total, seven manufacturers and eight different car models will be featured in the race, which aims to gain some notability and possibly take the place among the favorite events involving local racers

The list of the 27 cars that will race at the Macau Grand Prix in the final race of this championship has been narrowed down from the 37 racers who originally participated in the first four races of the season, which were held in May and June at the Guangdong International Circuit.

Among the strongest contestants are racers such as Macau’s Lei Kit Meng in a Ginetta G55, Kevin Tse in a Mercedes-AMG, and Martin Sou and Eurico de Jesus both in the Lotus Exige S.

Hong Kong is also well represented in the race, with Kenny Chung in the Ginetta G55, Alexander Au in an Audi R8 LMS and David Pun in the Aston Martin Vantage.

Taiwanese drivers will also feature in the race, with Kan Che Wei in the Mercedes-AMG as the highlight and Chang Wei Chung in an Aston Martin Vantage.

Another very experienced driver from Macau who would make a difference at the Guia Circuit is Mak Ka Lok, who will be at the wheel of a Lotus Exige S.

Who will be declared the best GBA GT car racer in Macau will only be revealed from November 14 at 11 a.m. when cars start the Free Practice 1 session. The 12-lap final race is scheduled for Sunday, November 17, at 9:35 a.m.