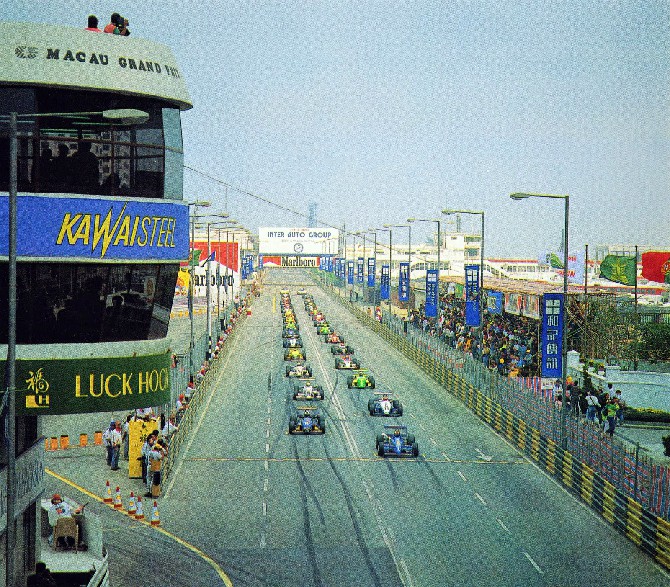 Originally lengthened by a little over 6.28 km (3.9 miles), the final layout of the Guia Circuit was 6.2 km since the fifth edition of the Macau Grand Prix, in 1958.
Many years later, in 1993, the start-finish line, which was originally located a few meters before the Mandarin bend, was moved to its current location at the Outer Harbor.
This was the most significant change ever made to the circuit. The line, the control tower, and all the support facilities, including the pit garages and the spectators’ stands, were moved to the new location. The Grand Prix headquarters was also moved to the new location, marking the 40th edition of the Grand Prix.