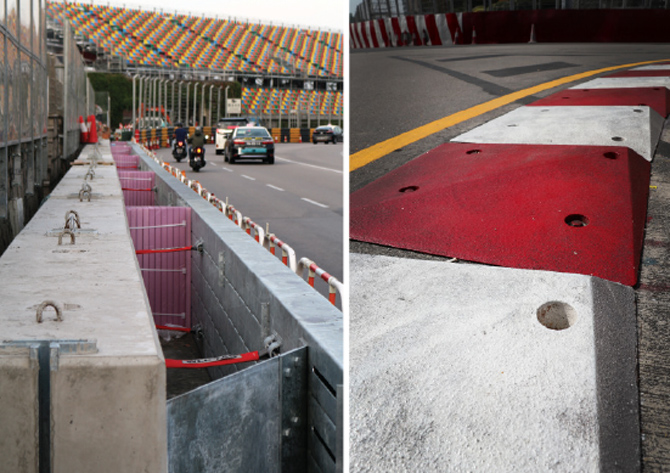 To be able to host the new FIA F3 World Cup cars this year and in order to increase general safety for the racers, the Guia Circuit has undergone some changes.

Although small and imperceptible for most people, the new measures have forced some changes in several areas of the track.

The most substantive change is the installation of “soft wall” safety barriers for the first time in Macau.

Steel and Foam Energy Reduction (SAFER) Barriers were installed on Turns 1 and 2 (Reservoir and Mandarin Bend), the two fastest bends of Guia Street Circuit, to increase safety for all vehicles on the track, but particularly for the Formula 3 (F3) cars.

In total, six points around the circuit underwent changes for this edition.

The most significant ones are precisely at the most famous of all Guia Circuit bends – the Lisboa Bend – with the enlargement of the buffer zone in order to match this area perfectly with the track’s width so racers do not need to make a detour to enter the buffer zone, as well as avoiding unnecessary contact with the barriers in this area.

Other changes were also performed in this area concerning the fence, which has been reinforced, and the photography bunker on the outside of the bend, which has been removed. These changes come after the accident occurred last year with German driver Sophia Floersch.

On T4 and T23, changes are more related to the new inclusion of Tecpro Barriers, which replace the previously used tire walls.

The new material provides added energy absorption, reducing the force of the impact and reducing damage to vehicles during a crash. 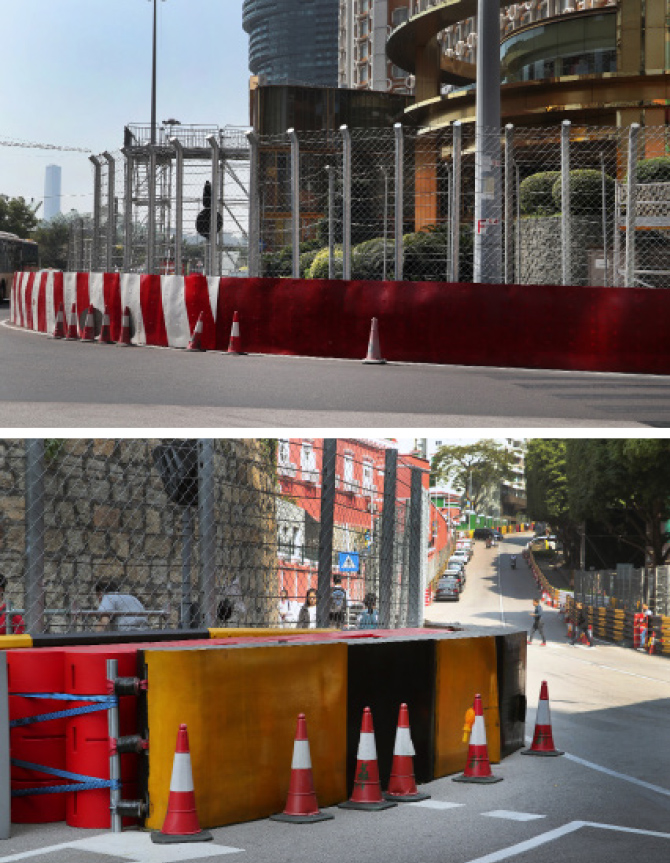 Macau had already started using these a few years ago, on the Fishermen’s Bend.

On R Bend, besides the inclusion of Tecpro Barriers, the barrier was also extended 15 meters in the direction of the finish line. A similar solution was also employed at the Police Bend, where the barrier is also longer into Moorish Hill.

Besides the safety solutions concerning the track barriers and buffer zones, another of the systems that will be on trial this year is the inclusion of electronic flags at 10 different points on the circuit.

This electronic flag system is already enforced in several other circuits and motorsports competitions. It will not replace the work of marshals, who will continue to be present, aiming instead to provide racers with added information on any situation that arises on the track, especially in areas where there are fewer marshal posts and ‘blind bends’ that do not allow racers to anticipate any potential dangers ahead.

SAFER barriers, generically named “soft walls,” were developed in the late 1990s and early 2000s and are found on many racing circuits, namely the oval automobile racetracks (US Indy and NASCAR Series) as well as high-speed sections of road and street tracks.

By using a mix of tube metal sections stacked together, and a middle section of high-density foam between the metal part of the barrier and the concrete wall, soft walls absorb and reduce kinetic energy during a high-speed crash, lessening the injuries sustained by drivers and spectators.

This technology was initially designed by a team of engineers led by Dean Sicking at the Midwest Roadside Safety Facility at the University of Nebraska-Lincoln, and was first installed on the Indianapolis Motor Speedway in 2002.