Half of Chinese retailers risk collapse within six months 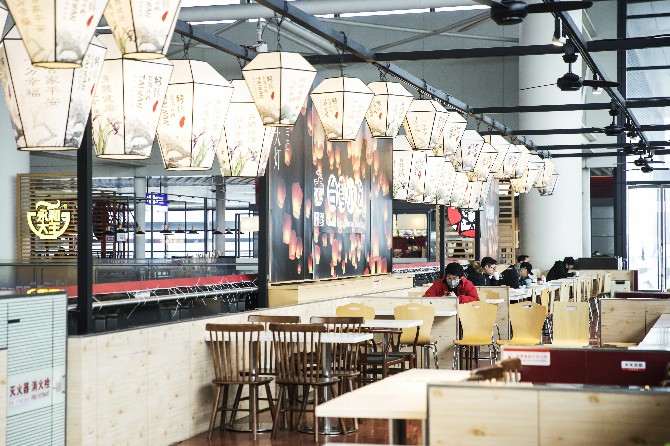 Almost half of China’s listed consumer companies don’t have enough cash to survive another six months, underscoring the urgent task Beijing has to re-start its economy and get shoppers spending again.
Restaurants are in the worst shape as the coronavirus outbreak has kept consumers at home, with about 60% unable to cover labor and rental costs, according to data compiled by Bloomberg and company reports covering 50 listed firms. Among jewelry and apparel companies, almost half don’t have the cash to last the six months unless demand rebounds sharply, the data show.
While the number of coronavirus infections in China has tapered off and retailers including Starbucks Corp. and Haidilao International Holding Ltd. have reopened more of their stores in low-risk areas, demand looks unlikely to rebound quickly as consumers remain hesitant to leave their houses after weeks of government warnings about the dangers of mingling with others.
Although Chinese factories have resumed production, hopes of a V-shaped recovery in retail and services have waned as the pandemic widens globally, sickening over 210,000 people and killing over 8,700. Economists now expect $2.7 trillion to be wiped from the global economy.
Domestically, the largest consumer companies are in a position to stay afloat the longest. Hotpot chain Haidilao has hundreds of millions of dollars to support its business through nine months, and retailers Anta Sports Products Ltd. and Chow Tai Fook Jewellery Group Ltd. can also cover selling and marketing expenses beyond the six months.
Others are facing a reckoning much sooner. Leysen Jewelry Inc. can only cover fixed costs for three months. Fast-food operator Jiumaojiu International Holdings Ltd. and shoemaker Daphne International Holdings Ltd. will run out of cash even sooner if shoppers continue to stay home.
Many of China’s small and medium businesses are already collapsing as they run out of cash, but the vulnerability of the publicly listed consumer companies points to greater economic danger, as some of these employ thousands of workers across the country. Store closures and layoffs are expected, said analysts.
Data released last week showed retail sales in the world’s second-biggest economy plunged 20.5% in the first two months of the year, with the catering sector tumbling 43.1%.
China’s government has cut interest rates, ordered banks to boost lending and loosened criteria for companies to restart operations and get the economy back on track. Local governments are also launching stimulus to bring customers out of their homes to spend money. MDT/Bloomberg