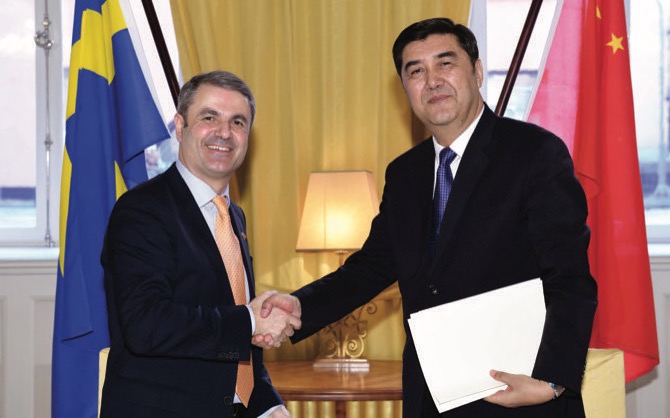 The head of China’s energy planning agency has been expelled from the country’s ruling Communist Party and dismissed from his post.

Bekri was one of the most senior officials from the predominantly Muslim Uighur ethnic minority in Xinjiang. There is no indication that his expulsion is connected to a sweeping security crackdown in the far western region, where an estimated 1 million Uighurs and Kazakhs have been detained.

Thousands of both high- and low-level officials have been ensnared in President Xi Jinping’s multi-year campaign against corruption. The anti-graft drive has been a hallmark of Xi’s tenure and contributed to his popularity, but is described by critics as a convenient way to purge political enemies.

Bekri became director of the National Energy Administration in 2014 and was also deputy chairman of the Cabinet’s economic planning agency, the National Development and Reform Commission. His case will now be investigated by criminal prosecutors, the disciplinary commission said.

According to the Saturday statement from the Central Commission for Discipline Inspection, Bekri abused his power by arranging free rides in luxury vehicles, special drivers and other services for his family members. He lived an “extravagant life, coveting greed,” the statement said, adding that he was not truthful during his investigation. AP