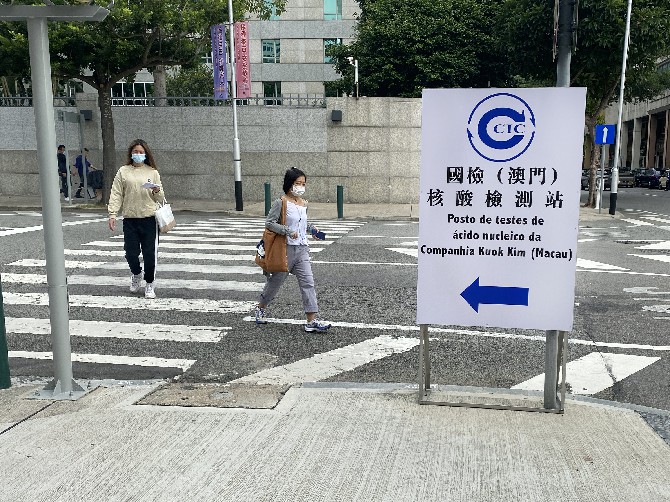 The coordinator of the Center for Disease Control and Prevention, Dr Leong Iek Hou, stressed yesterday that the first nucleic acid test (NAT) for residents is free and of which the result will be uploaded to the health code.
This comes after the Times reported that a resident has not received the result of his first free-of-charge NAT after nearly a day from his test.
He was reportedly told by Kuok Kim, the third-party NAT service provider, that results from free-of-charge tests are not uploaded, despite him being certain that it was his first test, which is free-of-charge for local residents.
The public health doctor suspected that the resident might have booked the test from the wrong link. The QR codes for regular NAT booking and NAT booking for key-group individuals are placed one above the other on the SSM website.
However, in response to the explanation, the resident stressed to the Times that his test was booked through local mobile payment app, MPay, which only brings intended NAT takers to the regular test booking page.
Leong also said that the authorities have checked with the third-party NAT provider, Kouk Kim, who denied the accusation of giving the explanation that all free-of-charge NATs would not have the results uploaded.
On this, the resident said that he was checking with his friend about the matter because after more than six hours of sample collection, which is the expected time for results to be released, his result was still nowhere to be found.
He reiterated that his friend had called both the SSM and Kuok Kim for clarification. His friend confirmed to the Times that she was told on both calls that free-of-charge NATs, regardless of its key group or resident-oriented nature, would not have the results shown on the health code.
Upon being told the comment over the calls, she asked the service agent again to confirm that she did not get the information wrongly. She reiterated that she was told as aforementioned.
The free-of-charge NATs are paid by the government on the test takers’ behalf.