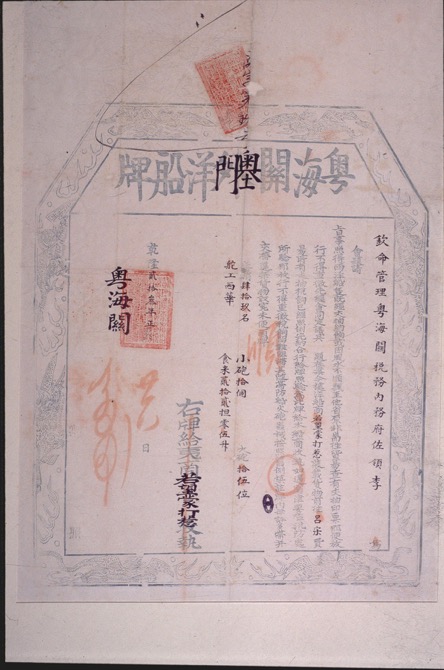 Chapas Sínicas” (official records of Macau during the Qing Dynasty) has been listed on the UNESCO Memory of the World Committee for Asia and the Pacific (MOWCAP) register following a unanimous vote during a the General Meeting of the committee held in Hue, Vietnam.
Jointly nominated by the Archives of Macau and the National Archive of Torre do Tombo of Portugal, the collection of “Chapas Sínicas” was recommended by the expert MOWCAP Register Subcommittee and unanimously approved by the participating member states to be listed on the MOWCAP register.
The “Chapas Sínicas” comprises a total of 3,600 documents, including over 1,500 official letters written in Chinese, five books of Portuguese-translated copies of letters kept by the Loyal Senate of Macau and four packets of miscellaneous documents.
The collection of “Chapas Sínicas” is composed of official and non-official documents created mainly from the mid-eighteenth to the mid-nineteenth centuries. The largest part of the collection consists of official correspondence exchanged between the sub-prefects of Macau, magistrates of Xiangshan and other Chinese officials and the Procurators of the Loyal Senate of Macau.
The records contain the terms and limitations that were established for the Portuguese administration in Macau, reports and petitions submitted by the Portuguese authorities based in Macau and replies received from the Chinese authorities in Guangdong. According to a statement issued yesterday by the Cultural Affairs Bureau, those documents “are a manifestation of the territorial and jurisdictional sovereignty of China over Macau.”
“Chapas Sínicas” also includes accounts, letters, deeds, contracts and other documents that reflect social conditions, everyday lives, urban development, industrial and agricultural production and trade and commerce. Also featured in the collection is the official correspondence between the Chinese and Portuguese authorities under the special circumstances when Macau was leased to Portugal.
The collection contains first-
hand information that is considered valuable for the study of the city’s history, as well as the history of East-
West relations. The “Chapas Sínicas” was brought to Portugal in the 19th century and later transferred to the custody of the National Archive of Torre do Tombo.
In 2015, a memorandum of understanding for cooperation in the archival domain was signed between the local authorities and Lisbon. The memorandum facilitated the cooperation between the Archives of Macau and the National Archive of Torre do Tombo of Portugal in the joint nomination of the collection of the “Chapas Sínicas” to be listed on the MOWCAP register, and in a bilateral collaboration for the conservation and digitization of the collection. Recently, the two archives have completed the submission procedures for the inscription of the “Chapas Sínicas” on the Memory of the World Register, the result which will be announced in 2017.
During MOWCAP’s 7th General Meeting, 14 nominations from 10 countries were inscribed on the Asia-Pacific Register of the Memory of the World.