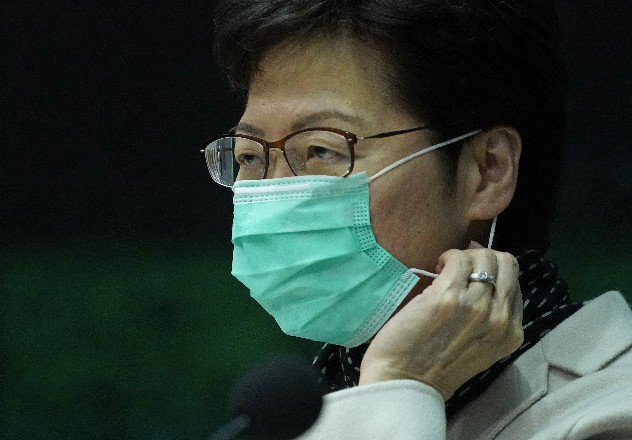 Hong Kong’s Chief Executive Carrie Lam announced a string of measures on Friday to further contain the spread of the novel coronavirus, including extending the suspension of classes in schools for at least two more weeks.
Primary and secondary schools, kindergartens and special schools across Hong Kong will not resume class until March 2, Lam told a press conference, adding that the date may be further postponed pending the HKSAR government’s future assessment of the development of the epidemic, the supply of anti-epidemic materials and the readiness of schools.
Macau’s education authority has also suspended classes until further notice for the same reasons.
In Hong Kong, the decision to further delay the resumption of school was aimed at keeping students at home and minimizing their social contact so as to reduce the spread of the virus in the community, Lam said at Friday’s press conference.
Apart from the extension of school suspension, Lam also announced to extend the special work arrangement for government staff to work at home. The special work arrangement, originally planned to be implemented until Feb. 2, will last until Feb. 9 and may be further extended after reviews by the government on a weekly basis. MDT/Xinhua