HK Observer: ‘CNN International are commies, and the Brits are hopeless’ 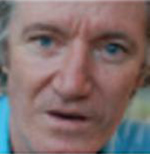 According to leaked emails allegedly written by Mark Simon, tycoon Jimmy Lai’s right-hand man, “CNN International are commies, and the Brits are hopeless”. Simon has not yet disputed these remarks but with hundreds of emails leaked it seems possible that they never will be. But if they are true, it shows a dangerously far-right American mindset. How can the openly pro-democracy Lai have someone as who is right wing as that at his side? Lai is also known for his right wing views and leaked emails show he met Neo-Conservative warmonger Paul Wolfowitz twice and documented paying him US 75,000 for help with his affairs in Myanmar.
The CNN comments were allegedly in an email sent to an advisor of US Senator John McCain, regarding how McCain’s running mate in the presidential electoral campaign, Sarah Palin, should deal with the press who would be “ very hostile” during her visit to Hong Kong. Also in the email, Simon allegedly said that the South China Morning Post was “ bad news” and that CCTV was safe as they weren’t “out to get her”.
According to the emails Simon wanted Palin to meet pan-democrat politicians in Hong Kong because international attention would “gain a level of attention”.
Palin, a former governor of the state of Alaska, is notorious for her gaffes, malapropisms and ignorance; for example like mentioning “our allies in North Korea” instead of South Korea. How would the image of democrats with a large, liberal-minded, well educated middle support base have been improved by association with Palin and why is Jimmy Lai apparently a friend of Wolfovitz? Lai, an outspoken supporter of freedom and democracy and unafraid to speak his mind on China, is now associating with the man behind getting America to go to a disastrous war against Iraq on the false pretext of non-existent Weapons of Mass Destruction. The beneficiaries of that war were weapons manufacturers and the US oil industry. The losers – apart from the many thousands who have already died – are the millions now displaced or forced to live or die under apocalyptic, extremist fundamentalist rule in the new self-declared Islamic State.
In the same leaks there were suggestions that Lai had given large donations to four pan-democrat legislators who had subsequently failed to declare the payments to the Committee on Members Interests. A very bad image and public relations for the pan-democracy camp. Labour party leader Lee Cheuk-yan has admitted he put the money in his bank account only recently and regrets his bad decision saying that his actions could affect the “credibility” of the democracy movement when we are entering a crucial stage of our history.
League of Social Democrats’ “Long Hair” Leung Kwok-hung explained that the money he received from Lai was used for legal fees for his political party and was put promptly into his lawyers’ bank account. Democrat party member James To Kun-sun and Civic Party representative Claudia Mo Man-ching have denied receiving money from Lai. The sooner the Legco committee looks into the affair the better.