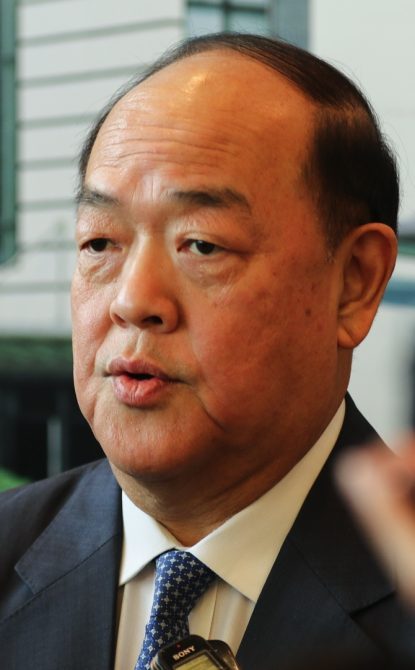 Chief Executive Chui Sai On, Chief Executive-elect Ho Iat Seng and some members of the public have praised the letter to Macau senior citizens penned by Chinese President Xi Jinping.

The next Chief Executive of Macau wants local residents to deepen their comprehension of Xi’s message in the letter, while some senior citizens also regard the letter as being the best gift for Seniors’ Day.

Thirty senior volunteers from the Ngai Chon Center of the General Union of Neighborhood Associations of Macau wrote a letter to Xi expressing their pride in being Chinese.

In his reply to the letter on Sunday, October 6, Xi expressed hopes for senior Macau citizens to “talk to Macau youth more about the stories before and after the Macau handover and encourage them to inherit the spirit of ‘Love the Country and Love Macau’.”

On Monday, the office for the Chief Executive- elect issued Ho’s opinion on Xi’s reply, appealing for Macau people to fully comprehend Xi’s message and fulfill his hopes for them.

“Macau people who experienced this historical transformation [China’s establishment and Macau handover] have the responsibility to tell the young people of Macau about the changes before and after the handover and let the young people understand the path of the hard-
won ‘One Country, Two Systems’ practice, and encourage the youth to pass down the patriotic spirit [love the country, love Macau],” Ho’s office wrote.

“The residents of Macau will surely and profoundly understand the content and spirit of President Xi’s reply,” Ho’s office continued.

Besides Ho, the office of soon to depart Chief Executive Chui Sai On also responded to Xi’s reply, having written four paragraphs with emotional words praising Xi’s trust and encouragement towards Macau, and pledged the local government’s future efforts in safeguarding patriotic sentiments in Macau.

Besides the two Chief Executives, one of the seniors who wrote the original letter to Xi, surnamed Chan, said that she was surprised by the fact that Xi replied, adding that the president’s letter was the best gift for her for Senior’s Day. JZ