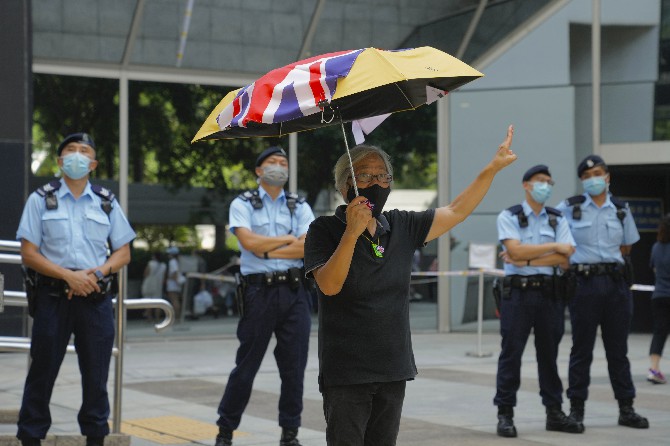 Nine Hong Kong activists and ex-lawmakers yesterday were handed jail sentences of up to 10 months over their roles in last year’s banned Tiananmen Square candlelight vigil, the latest blow in an ongoing crackdown on dissent in the city.
The nine are part of a group of 12 defendants who pleaded guilty earlier this month to participating in the vigil that was the only large-scale public commemoration on Chinese soil of the 1989 crackdown in Beijing on student-led protests. Three others were given suspended sentences.
They were all charged with taking part in an unauthorized assembly, with seven of them facing an additional charge for inciting others to take part in the event.
Some of those sentenced yesterday, such as lawyer Albert Ho and Figo Chan, former leader of the now-defunct Civil Human Rights Front, are already serving jail sentences over other unauthorized assemblies. MDT/AP