Since ongoing protests now in their 21st week have left the city’s hotel and retail businesses on the brink of collapse, she says she was able to snag a hotel room at the Marco Polo Hongkong in Tsim Sha Tsui for only 509 yuan ($72) a night, a quarter of its usual price.

“I thought it was a per-person price at first,” said the 23-year-old lawyer, who saw Hong Kong’s small but expensive accommodations as a big pain point. “But now really cool places are offered at a low price. I hope this will continue.”

Web entrepreneur Paul Luciw didn’t even need to pay fully in cash for his hotel room this month. He bartered a room partly in exchange for advertising space on his website, Asiaxpat.com. “I should have kept my powder dry a little longer and I might have negotiated a full barter,” he said.

The government rolled out relief measures this month targeting the working class and first-time home buyers. It even provided a stimulus package worth hundreds of millions of dollars for taxi drivers and travel agencies among others, but the retailers and hotels have been left out in the cold.

This has meant sweet bargains for daring tourists such as Zhou and Luciw, since most travelers are preferring to stay away. In an attempt to keep their businesses afloat, most Hong Kong businesses see bottom-barrel prices and deep discounts as the only way to survive in Asia’s financial hub.

“It’s absolutely life and death for us,” said Douglas Young, co-founder of Goods Of Desire, or G.O.D, a lifestyle and fashion store-chain operator in Hong Kong, in an interview with Bloomberg Television on Wednesday. “At the moment we’re calculating whether or not it’s cheaper for us to just fold or to continue, it’s that serious.”

The city’s retailers saw sales tumble by a record in August. Global brands from Levi Strauss & Co. to Ralph Lauren Corp. and Prada SpA have flagged slipping sales as the protests showed no signs of letting up.

Hong Kong’s economy is expected to fall into a recession in the third quarter, with no recovery in sight, as it faces the twin headwinds of the U.S.-China trade war and its most violent protests in decades. The disruption has scared away tourists, especially those from Mainland China.

Luxury goods such as jewelry and watches are common purchases by mainland tourists, and the value of those sales slid by almost half in August. As the tourists and shoppers stay at home, retailers are having staff take unpaid leave.

Total arrivals fell 39% to about 3.56 million visitors in August from a year earlier, according to the latest data from the Hong Kong Tourism Board. Hotel room occupancy also plummeted by almost a third to 66% in August, the data show.

With protests driving away tourists, as many as 77% of hotel workers were asked to go on unpaid leave, according to a survey in August. Unemployment at city’s restaurants and bars is at a six-year high.

“Hotels were expecting things to pick up in October and November. Obviously that has not happened,” said Luciw. “We are being approached almost daily by hotel groups looking to advertise.”

Some are even dropping rates to target long-stay visitors in a bid to compete with serviced apartments, he said.

This round of acceleration in price cuts are clearly “protest-driven,” according to Raymond Yeung, chief Greater China economist with Australia & New Zealand Banking Group Ltd. in Hong Kong, who sees the malaise going beyond leisure tourism.

So far, G.O.D.’s Young has been able to get about a 20% discount from talks with landlords, with some more generous while others have refused to budge. But business is so bad that even if the landlords charged no rent, “we’ll still be in trouble” due to overhead costs such as wages and electricity, Young said.

The retailer is trying a combination of unpaid leave, voluntary holidays and other ways to cut costs and avoid laying off workers as far as possible.

“The best thing is for the conflict to end,” Young said. “The bulk of our profits come in Christmas and we’re getting frighteningly close to it.” Eric Lam & Jinshan Hong, Bloomberg 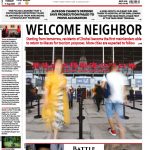