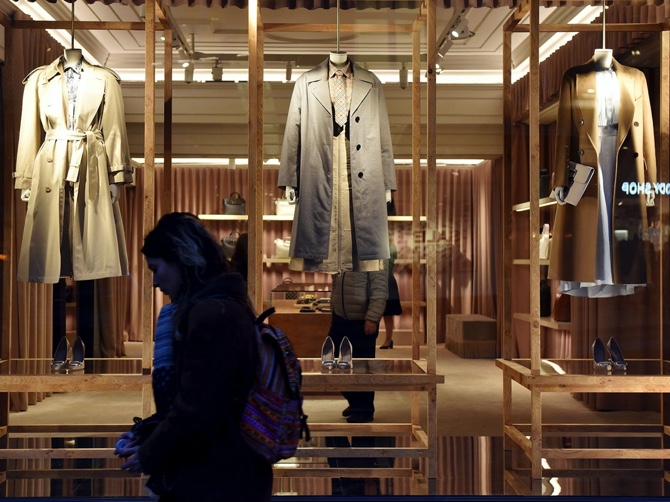 Burberry Group Plc became the latest victim of the Hong Kong protests as sales in that market dropped in half over the Christmas quarter, while growing concern about the spread of a new viral disease in Asia risks dimming the outlook further.

The stock fell as much as 2.9% as investors looked past a higher forecast for full-year sales. Retail sales growth came in just ahead of the consensus for the company’s fiscal third quarter, which ran through December, but the stock has been strong recently, gaining 27% in 2019.

The luxury industry is bracing for the impact of the growing outbreak of a new lung ailment that broke out in Wuhan, China. The World Health Organization is set to decide Wednesday whether to declare the virus an international public health emergency, just before millions of people prepare to travel for the Chinese Lunar New Year holiday.

Revenue in Hong Kong slumped as the protests led to a drop in Chinese tourists. Sales on the mainland rose more than 10%. Burberry’s growth is still lagging peers nearly two years after the head designer, Riccardo Tisci, was hired and about three years since Chief Executive Officer Marco Gobbetti joined. Both came from top luxury rival LVMH.

A retooled aesthetic with new products, logos, and store decor is fueling interest in the British maker of $2,000 trenchcoats and $470 scarves. New products made up three-quarters of the assortment. But with stores as far-flung as a boutique in Paris’s posh 8th district and an outlet mall in Dawsonville, Georgia, the transition to a new Burberry is taking time.

“Brand heat is improving but we are unsure that it is strong enough to take market share from the sector winners,” wrote Piral Dadhania, an analyst at RBC. The company previously forecast flat sales this year. Robert Williams, Bloomberg