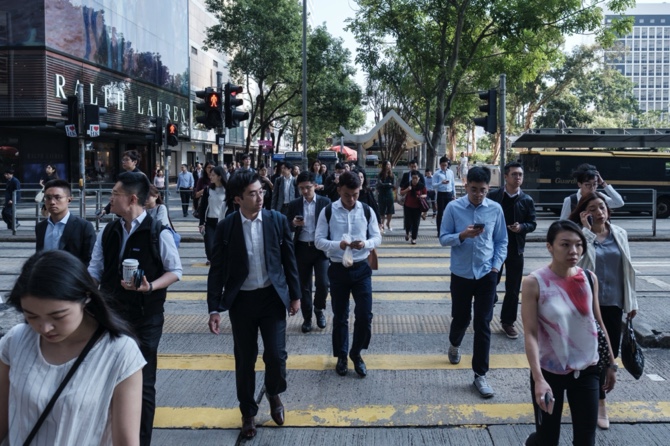 Hong Kong’s jobless rate rose for a third month in December, as the city’s consumption and tourism-related industries remained weak amid the city’s protest-driven recession.

The unemployment rate rose to 3.3% for the October to December period, the highest since March 2017. The run of three straight months is the worst spate of increases for the measure since it rose for nine months between 2008 and 2009.

The construction industry, particularly decoration, repair and maintenance for buildings, also “deteriorated visibly” according to a government release. The labor force also shrank during the period, the report said.

“The labor market slackened further as economic conditions stayed weak,” Secretary for Labour and Welfare Law Chi-kwong said in the statement. Business in the consumption and tourism sectors – retail, accommodation and food services – “remained in the doldrums.”

The unemployment rate in the consumption and tourism industry remained at a three-year high of 5.2%, hinting at stabilization after previous increases. However, the underemployment rate “rose visibly” compared with the prior period, especially for those in the food and beverage industries, Law said.

The labor market will be subject to even more pressure if the economy remains weak, Law said. The latest government projections are for an annual contraction, with the coming budget likely to be in deficit. Eric Lam, Bloomberg