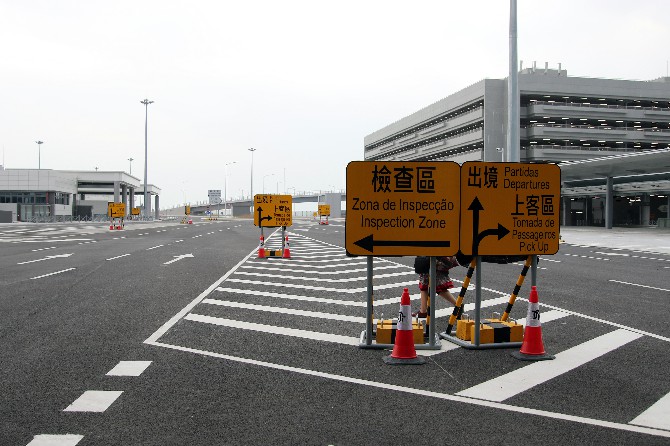 Customs in the neighboring region of Hong Kong have apprehended a criminal money-laundering ring accused of smuggling HKD166 million over the Hong Kong-Zhuhai-Macau Bridge (HKZMB), the South China Morning Post has reported.
According to information from Hong Kong Customs, the illicit funds had been transported over the bridge from Macau to Hong Kong over three months using several couriers hired for the task.
The report states that five people have been detained in what is said to be the first crackdown of its kind.
“It is the first time Hong Kong customs has broken up a money-laundering racket that was involved in bulk cash-smuggling operations and the use of cross-border drivers,” senior superintendent Mark Woo, of the Syndicate Crimes Investigation Bureau, said yesterday.
Woo said that Hong Kong officers had sought help from their counterparts in Macau and Zhuhai to trace the “dirty” money and locate its recipients at the other end of the criminal chain. He said that investigations were continuing and further arrests were possible.
Investigators from the neighboring jurisdictions suspect that at least part of the cash had been laundered in Macau through the local casinos.
Officers from the Customs and Excise Department seized HKD20.3 million in cash along with money transfer recipients and mobile phones during an operation that ran from Thursday (August 19) to Monday (August 23).
The money was found upon the arrest of two drivers who were driving a seven-seater van and a tow truck over the HKZMB.
As part of the operation, another HKD580,000, deposited in bank accounts belonging to the suspects, has also been frozen by the Hong Kong authorities.